by Duff Green, TYDN Golf Affairs Writer
BEAVERTON, Ore. – (TYDN) Sales of Nike golf clubs like the one Tiger Woods' wife used to beat him silly are soaring just in time for the holiday season, TheYellowDailyNews has learned. 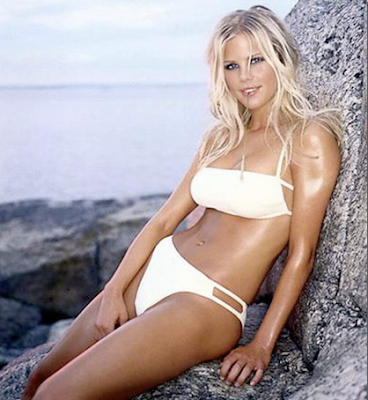 The sales boost came days after Woods' wife, model Elin Nordegren, pounded him and his vehicle with a Nike Victory series iron after a tabloid reported the golfing sensation may have been cheating on his trophy wife, TheYellowDailyNews has learned.

Florida sources close to the investigation, speaking on condition of anonymity, said it was a 5-iron, the club for "long and low line drives of about 180 yards."

The New York Times reported a 6-iron while USA Today, citing "sources familiar with the investigation," said the club was a putter. The Associated Press, meanwhile, quoting at least four sources "with direct knowledge of the incident," said Nordegren wielded a Callaway Golf Co. iron, sending Nike into a public-relations frenzy.

Phil Knight, Nike's chairman, responded in an exclusive interview with TheYellowDailyNews that a Nike iron was indeed the culprit.

"Yes, Nordegren smacked Woods upside the head with one of our clubs," Knight said. "Any other brand of club would have killed him. Our clubs would never do that. They're unique."

A Florida Highway Patrol source said the agency is declining to file charges against the model.

Meanwhile, Nike said the entire Woods Victory line has been selling like hotcakes since the Friday melee as wives stock up on the clubs for their husbands' Christmas gifts.

At least three Nike sources, speaking on condition of anonymity, told TheYellowDailyNews that many of the wives buying the clubs have nicknamed them "reminder clubs."

"These woman," the Nike source said, "say the clubs are about their love for their mate and a 'reminder' of sorts for their husbands of what they've got coming if they stray."