WASHINGTON -- (TYDN) A federal judge Thursday blocked the importation of a drug used in executions on grounds the Food and Drug Administration has not tested the narcotic to determine if it is safe, TheYellowDailyNews has learned. 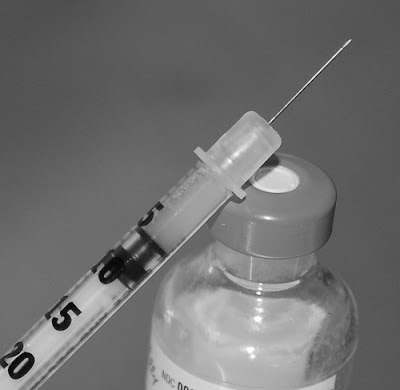 U.S. District Judge Richard Leon sided with lawyers for condemned inmates who want to keep out sodium thiopental, because the highly potent sedative is an unapproved drug manufactured overseas.

"The FDA has not approved this dangerous and potent narcotic that will kill you by merely looking at it, so it cannot be used in executions," Leon wrote.

Analysts said it was the most rational death-penalty decision since 1978, when the Supreme Court ruled that executions did not breach the Eighth Amendment ban on cruel-and-unusual punishment.

The American Civil Liberties Union applauded the decision. "This might prevent unwarranted overdoses in the execution chamber," the group's executive director, Anthony Romero, said in an exclusive interview with TheYellowDailyNews.

The lone U.S. maker of sodium thiopental, Hospira Inc., halted production of the drug last year. The drug, marketed as a heavy sedative, was used off-label by corrections officials in executions across the country until its production halted.

The Obama administration told Judge Leon that the FDA has no jurisdiction over lethal-injection drugs. What's more, the administration argued that the dose of sodium thiopental administered to condemned inmates in dozens of states is enough to kill a man, and it is the first of a death-inducing, three-drug cocktail.

"What Judge Leon's decision means is that this death drug must go through the FDA approval process," White House spokesman Josh Earnest said in an exclusive interview with TheYellowDailyNews. "Perhaps Judge Leon should volunteer as a subject as part of the approval process."

Leon ruled the FDA ignored federal law when it approved at least seven shipments of sodium thiopental without first ensuring that the drug was safe and effective, as required by FDA regulations. He ordered five states that had imported the drug -- Arizona, California, South Carolina, Georgia and Tennessee -- to send their batches to the FDA.