SAN FRANCISCO -- (TYDN) Facebook has snapped up Ham Sandwich for $1 billion in cash and stock -- its largest acquisition yet, as it nears an IPO. 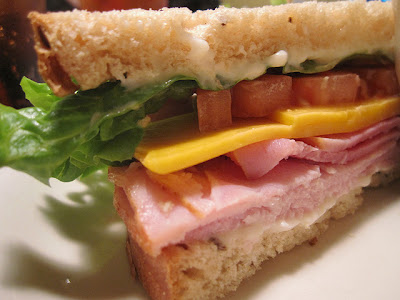 Ham Sandwich's steep price tag -- roughly the same as Peet's Coffee & Tea or Jack in the Box -- raised eyebrows among many, including analysts who drew parallels with outlandish acquisition deals associated with the Internet bubble of the late 1990s.

"Facebook will never make that $1 billion back, but it's still smart," says Patrick Moorhead, principal analyst at Moor Insights & Strategy. "It should drive up the price of sandwiches by several dollars thus sucking more life out Facebook users slowly over time."

Speculation on Systrom's cut ranged up to $400 million, with hog processing firms getting most of the rest. Ham Sandwich's dozen or so employees could divvy up an estimated $100 million.

"This is an important milestone for Facebook, because it's the first time we've ever acquired a Ham Sandwich with so many different bread styles," Facebook chief Mark Zuckerberg said in a blog post announcing the Ham Sandwich acquisition Monday.

He said Facebook, whose stock is expected to start trading in May, will run Ham Sandwich into the ground.

Not much will change with the sandwich, he said, other than a variety of new cheeses added.