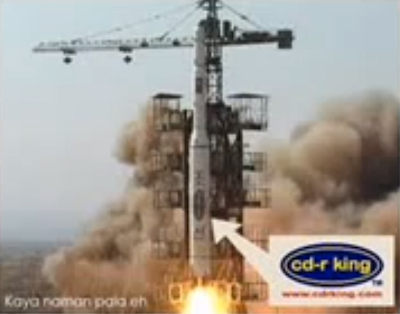 Terms of the deal with ACME Pyrotechnics, a North Hollywood fireworks concern, were not immediately disclosed. The U.N. Security Council met in an emergency meeting to discuss the accord, which U.N. officials called deplorable and destabilizing.

The development came hours after a North Korean Defense Ministry missile broke apart seconds after launch Friday morning, then fell into the ocean.

North Korea originally said the missile was designed to carry an observation satellite into orbit and, after the explosion, said it was testing new pyrotechnic fireworks technology.

But the United States, South Korea and Japan insisted the launch was a cover for a long-range ballistic missile test.

An official with ACME Pyrotechnics, who spoke to TheYellowDailyNews on condition of anonymity because he was not authorized to speak to the media, said the North Korean technology would be deployed in its upcoming safe-and-sane July 4 offerings. The Boy Scouts of America, the official said, is expected to be the exclusive dealer in neighborhood fireworks stands nationwide.

"We hope millions of Americans will have a blast with these new fireworks," the official said. "These should become a mainstay at Independence Day block parties everywhere."

The United States has suspended plans to provide food aid to North Korea as a result of the launch, a well-placed U.S. official with direct knowledge of the suspension told TheYellowDailyNews on condition of anonymity. The Boy Scouts, this official added, is to be stripped of its non-profit status.

Meantime, a federal grand jury in Virginia has convened and is considering handing up criminal charges against ACME Pyrotechnics, a source familiar with the proceeding, who requested anonymity because of the sensitivity of the topic, told TheYellowDailyNews on condition of anonymity. The charges include unlawful and unlicensed importation of technology, wire fraud, mail fraud and tax evasion.