by Thornhille Broome, TYDN Editor at Large
NEW YORK -- (TYDN) Dozens of voters descended on polling stations across the nation Tuesday on Election Day, pulling the lever for who many said was the "lesser jackass," TheYellowDailyNews has learned. 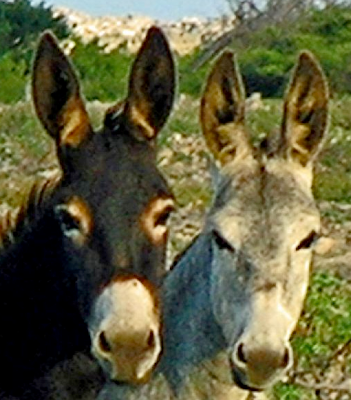 From Alabama to Rhode Island, voters told TheYellowDailyNews in exclusive exit-poll interviews that they casted their ballots to prevent the bigger jackass from taking office.

"Both candidates for Congress in my district are complete jackasses, so I picked the one that I believed was the lesser jackass," one California voter, requesting anonymity, told TheYellowDailyNews in an exclusive exit-poll interview.

Such sentiment was echoed across the country. In Montana, for example, voter James Loosier made his way to his polling station by enduring a snow flurry to make sure the lesser jackass would get elected.

"I honestly believe my candidate will muck things up a lot, but a lot less than the other jackass," Loosier told TheYellowDailyNews in an exclusive interview. "I'm feeling really good about my choice for the lesser jackass."

Political scientists said it was the first time the electorate appeared to be informed about the candidates. For decades, analysts said, voters' decisions had too often been based on campaign commercials and neighborhood signage.

"This shows that democracy is alive and well in America," said Harvard University political scientist Hans Votamota, in an exclusive interview with TheYellowDailyNews. "When the lesser jackass wins, so does democracy."