by Omar Radicchio, TYDN World Affairs Writer
NEW YORK -- (TYDN) Parents across the world were bracing on Christmas Eve for document-spilling site Wikileaks to make good on its promise to release a treasure trove of documents suggesting Santa Claus was not real, TheYellowDailyNews has learned. 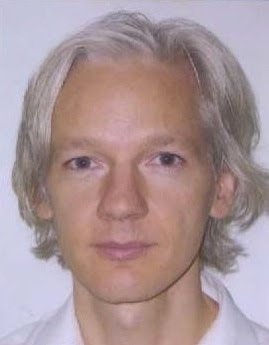 The possible disclosure, dubbed Santagate, came weeks after Wikileaks founder Julian Assange said he would take revenge on society for not "totally and completely" embracing how pretty he is.

The potential document disclosure, possibly coming just hours before Santa Claus is expected to descend upon millions of chimneys, threatens to end a holiday tradition dating to the founding of the Hallmark greeting card, TheYellowDailyNews has learned.

The looming demise of Christmas was first reported on TheYellowDailyNews' website early Friday.

The Federal Reserve Board, meanwhile, called an emergency meeting Friday to assess the economic damage if Assange pulls the trigger. President Barack Obama blasted Assange, saying in an exclusive interview with TheYellowDailyNews that the possible document dump "would amount to the biggest act of economic terrorism the world has ever seen, making 9/11 look like a birthday party by comparison."

Some analysts were describing the looming revelation as a "powder keg," one that could amount to the biggest Wikileaks unveiling since it debunked the Easter Bunny last year.

"If Assange is going to release these documents, he should redact out the name 'Santa Claus.' Just too much is at stake here. This is a powder keg in the making," said Wikileaks analyst Boca Gossipher, in an exclusive telephone interview from Geneva with TheYellowDailyNews.

Parents across the world were praying that Assange would not ruin their Christmas. Jews took the upcoming apocalypse in stride, wondering what all the fuss was about.

Assange, in an exclusive interview with TheYellowDailyNews, said he would release the Santa Claus cache within the next few hours unless the men's magazine, GQ, posted a photo of him on its website declaring him "Pretty Boy of the Year."

"If Time magazine won't declare me "Man of the Year," then GQ better step up to the plate," Assange said. "I'm pretty. Just look at me."

GQ did not return repeated messages questioning whether it would save Christmas.