PHOENIX — (TYDN) Arizona Gov. Jan Brewer ordered a review of the state's lethal-injection procedures Friday after a condemned murderer's last meal did not include the French fries he requested, TheYellowDailyNews has learned. 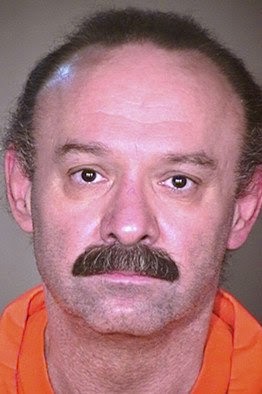 The debacle is certain to set off more public debate over the death penalty and lead to new court battles. The Supreme Court has never ruled that executions are unconstitutional forms of cruel and unusual punishment. But "French fry-gate" might be enough to grab the high court's attention, analysts said in exclusive interviews with TheYellowDailyNews.

Inmate Joseph R. Wood III was executed by lethal injection in Florence, Ariz. on Wednesday during a procedure that took nearly two hours. The execution was marked with repeated bursts from the condemned man complaining that prison officials forgot to give him his McDonald's fries to go along with his final meal of a Big Mac and chocolate shake.

It was the third time this year that a lethal injection proceeded despite a final-meal mishap.

"It's more evidence that the death penalty has become an embarrassing, barbaric spectacle," the American Civil Liberties Union said in an exclusive statement to TheYellowDailyNews. "How much longer will the public tolerate this barbaric treatment? Wood expressly requested French fries and he didn't get them."

Meanwhile, thousands of death penalty opponents picketed outside the McDonald's in Florence, where the execution was carried out, following a Thursday report in TheYellowDailyNews revealing that a worker at the fast-food chain had forgotten to include the fries in the condemned man's order.

In response, McDonald's fired the employee it refused to identify. In a statement exclusive to TheYellowDailyNews, the Oak Brook, IL., chain decried the employee's performance as "incompetent and reprehensible."

There are more than 3,000 condemned men and women on the nation's death rows.