Americans Say Healthcare for All is Communism

By Victor Kremlinski, TYDN Health Affairs Writer
BEND, Ore. -- (TYDN) Everywhere President Barack Obama goes to tout his healthcare reform bill, he's greeted with the awe and fascination associated with the U.S. presidency. But he's also being met by fierce opposition from ordinary Americans who say they'd rather become infected by an outbreak of the bubonic plague than see their loved ones or neighbors get subsidized medical treatment, TheYellowDailyNews has learned. 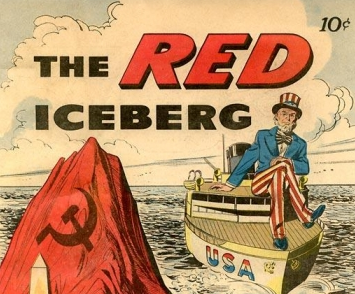 Nowhere was that sentiment more felt than here at the foot of the Cascades in this Southern Oregon skiing enclave, where most agree that Obama's plan amounts to communism. According to dozens of interviews conducted by TheYellowDailyNews, the majority of God-fearing Americans expressed alarm that Obama was going too far, that healthcare for all was simply unacceptable and goes against the grain of the American fabric.

"I'd just as soon as see my son catch the black plague from his schoolmates and die a horrific death than allow the government to become a Marxist regime and provide medical treatment that would have prevented the plague's outbreak in the first place," said David Applebee, an unemployed electrician who is receiving federal disability payments and food stamps after he was injured on the job. "I'd rather see every American lose an arm or become blind or come down with some God awful fever and die before caving into Sir Obama the Marxist."

That same mindset appears imbedded in all walks of life -- the rich and poor alike, according to TheYellowDailyNews' survey, the most exhaustive in the "I Hate Obama" space.

Consider, for a moment, Jackson Green, the president of Bend Savings, the local bank here that survived the economic meltdown with $775 million in federal bailout funds authorized under the George W. Bush administration. Green, who just received his annual $1.25 million bonus, said it was bad enough the government subsidizes school lunches.

"Now Obama wants to pay for American mooching bastards to have healthcare," he said in an exclusive interview with TheYellowDailyNews. "Let the free market prevail and if they get sick and die and infect everybody along the way, so be it. There's a serious principle at stake. We're not Russia."

Still, others supported the plan but said it didn't go far enough.

Local striptease artist Candie Azucars, in an exclusive interview at the Double Trouble cabaret here, said it was outrageous, sexist and unfair that the plan would only subsidize a single-breast augmentation. She would be required to pay all out-of-pocket expenses for the other breast.

"This just shocks the conscience," she said as she fastened her 34D brassiere as she left the wooden stage. "I gotta pay for one of my breasts to be augmented and yet the boys at the Banana Sling House across the street are fully covered for their penis enlargement. This is just wrong and smacks of female discrimination."