By Thomas Cryonetic, TYDN Execution Affairs Writer
States are boosting their lethal execution numbers with the help of scientists reanimating condemned inmates moments after they have paid the ultimate price for their crimes, TheYellowDailyNews has learned. 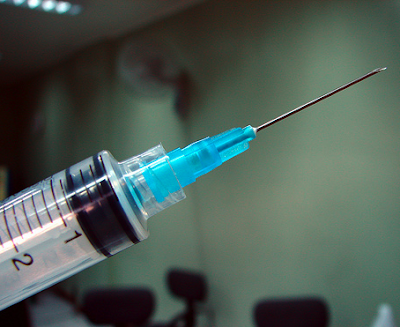 After being declared dead, the inmates are brought back to life before being lethally injected again – a two-pronged process sometimes undertaken several times, TheYellowDailyNews has learned.

The reanimations -- in which dozens of condemned men and women from California to Virginia have been executed more than once each -- is intended to show the public that the states are tough on crime, sources told TheYellowDailyNews on condition of anonymity. Reanimation also gives surviving victims a chance to relish in the moment and witness the perpetrator of heinous acts die twice or more.

Penal historians said it was the first time the authorities have resorted to reanimation in an apparent bid to increase their execution numbers. Normally, the authorities plant and tamper with evidence or provide ineffective assistance of counsel.

The reanimations are also likely to give the U.S. Supreme Court another crack at capital punishment. The high court has ruled executing inmates is not a violation of the Eighth Amendment ban on cruel and unusual punishment. But the court has never addressed the constitutionality of repeated executions on the same inmate.

Crime victims groups, meanwhile, are urging the states to adopt a two-execution minimum for each condemned inmate to deter crime. Doctors groups, including the American Medical Association, expressed alarm over reports that some of its members on execution teams were using needles twice in one evening "without swabbing with rubbing alcohol," said Nancy Nielsen, AMA president."Such unsanitary executions violate the Hippocratic oath."

The American Civil Liberties Union, meanwhile, said the whole procedure was flawed and inhumane. "You cannot execute a man without giving him his last meal," Anthony Romero, the ACLU's executive director, said in an exclusive interview with TheYellowDailyNews.

What's more, the reanimation revelations, first reported by TheYellowDailyNews on its website, have left many ethicists scratching their heads, wondering whether states, including leading death-penalty state Texas, were fudging their huge execution numbers to look tough on crime.

"We were always wondering how Texas could have logged 441 executions in the last three decades alone," death penalty Chicago University ethicist Richard Lethalio told TheYellowDailyNews in an exclusive interview. "Planting evidence and appointing boneheaded public defenders is one thing, reanimating is another."

Still, Lethalio and other ethicists' initial concerns that the reanimation technique would be used to awaken the dead outside the execution chamber have subsided. The secret technique has been patented for use only in state-sanctioned executions.