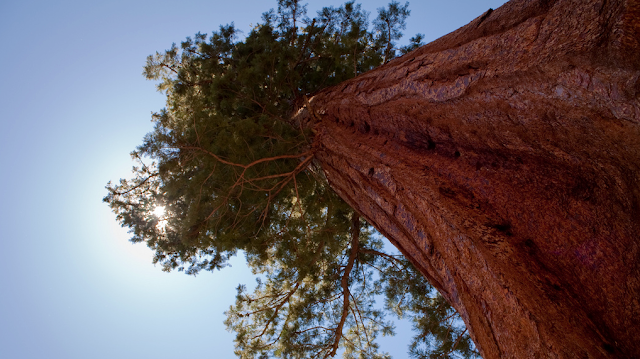 by Gina Raporamama, TYDN Financial Affairs Writer
NEW YORK — (TYDN) Stocks skyrocketed Friday when the Federal Reserve announced it had secured the rights to the world’s last living tree, enabling the Fed a final opportunity to print more cash to give to banking executives, TheYellowDailyNews has learned.

Stocks had fluctuated wildly during the trading day until the Fed said it had agreed to give $1 million to an elderly Sonoma, Calif., woman in exchange for the rights to log a giant sequoia from her yard -- the world's last standing tree. Following the global financial collapse, world governments, including the United States, have gobbled up the world's timber resources to process it into cash to dole out to financial executives.

When the closing bell rang, advancing stocks outpaced losing issues by a 4-to-1 margin.

In after-hours trading, however, stocks began to lose ground when environmentalists sued, alleging the 300-foot, 200-year-old tree likely could not be logged until an environmental impact study was conducted to determine the impact on the Spotted Owl and spawning salmon.


Economists said it was the first time in the nation's history that the last standing tree was cut to stimulate the economy, according to exclusive interviews with TheYellowDailyNews. Many of these economists suggested that stocks are likely to plunge when the market realizes no more cash can be printed.

"There's a looming danger that the market is in for a correction once it comes to grips that there are no more resources available to bail it out," Havard economist Frank Pine said in an exclusive interview with TheYellowDailyNews.

The dwindling of worldwide monetary supplies has kept up pressure for timber resources, according to an analysis by TheYellowDailyNews. The most recent disappearance of cash was announced when Jon Corzine, the former chief executive of MF Global, told Congress that the brokerage and derivative-trading company had lost $1.2 billion in client funds.

"I simply do not know where the money is, or why the accounts have not been reconciled to date," Corzine testified.

Sources close to the tree cutting, speaking on condition of anonymity to TheYellowDailyNews because of the sensitivity of the topic, said the White House was scratching its head over which trickle-down theory it would employ when it transforms the giant sequoia into pulp and ultimately into cash currency.

Some Obama administration officials believe the best course of action to keep the economy rolling was to shower banking executives with cash to fund their vacation homes, Learjets and extra-marital affairs. Other officials with direct knowledge of the debate, however, are recommending that the cash be distributed to politicians, who could stimulate the economy through vote buying.