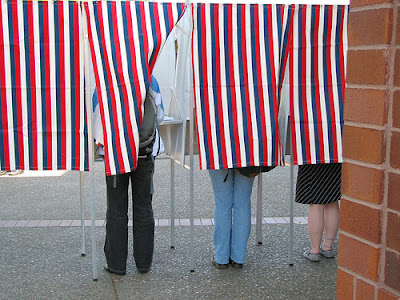 TheYellowDailyNews' telephone survey of 150 likely GOP voters for the first time highlighted a positive shift in U.S. voting habits. In past surveys, voters said they would vote for the "less evil" candidate.

Analysts said the statistically significant study, with a plus-or-minus margin of error rating of 3.5 percentage points, underscored that Americans were embracing the political process and beginning to view politicians as only heinous instead of evil.

"I think the study clearly shows that American politics is moving in the right direction, that Americans are starting to have more faith and are feeling better about their choices for government office," Cal State Fullerton historian Harry Jeffers said in an exclusive interview with TheYellowDailyNews.


Voters seemed to support that sentiment in their interviews with TheYellowDailyNews.

Meantime, TheYellowDailyNews survey of 150 likely democratic voters found that the majority is leaning toward voting for the incumbent that failed to keep campaign promises from the previous election.