by Marinol Mota, TYDN Business Affairs Writer
NEW YORK -- (TYDN) Venture capitalist and GOP presidential hopeful Mitt Romney released his 2010 tax returns Tuesday and an estimate for 2011 showing he is likely to pay $2.99 in taxes on income of $42.5 million over the two-year period, TheYellowDailyNews has learned. 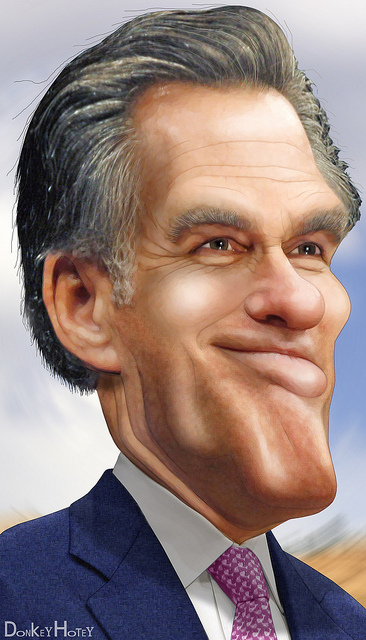 The tax records show Romney and his wife, Ann, paid an effective tax rate of 0.00001 percent on their adjusted gross income in 2010. The estimate is the same for 2011.

Analysts said it marked the first time in the nation's history that a presidential candidate had ever paid taxes.

Well-placed Romney campaign operatives, speaking to TheYellowDailyNews on condition of anonymity because of the sensitivity of the topic, said Romney is expected to seize on the publication of his tax returns in the upcoming GOP presidential debates.

"He will highlight the injustice of him being taxed $2.99 by showing that he could have paid his limo driver an extra 3 cents a week had his income not been taken from him and given to welfare crack moms," a Romney campaign official with knowledge of the upcoming debates said in an exclusive interview with TheYellowDailyNews.


The tax data were first reported by TheYellowDailyNews in Tuesday's editions. The Pulitzer-prized winning news outlet was provided documents in advance of the wider media release later in the day.

Economists interviewed by TheYellowDailyNews said Romney's tax returns highlight that the rich are paying too much taxes, which is hurting the overall economy.

"That the Obama administration stole $2.99 from Romney shocks the conscience," Princeton financial scholar Howard Cashman said in an exclusive interview with TheYellowDailyNews. "That's $2.99 that could have been stimulating the economy."

According to the Tax Foundation, the average effective American tax rate is about 11 percent of adjusted gross income.