Internet Before Computers, Schools and Hospitals

In this meager outpost of agricultural subsistence, there is no electricity, running water, hospitals, banks, schools, cars, newspapers or computers. But Google Inc., in a bid to bring this kerosene-lighted town to the modern age, is installing free, satellite-based Internet access to be delivered at the local internet cafe that does not exist in this town of 4,000. 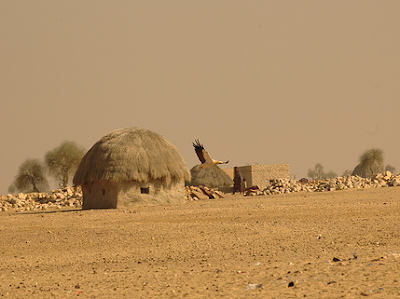 It's part of Mountain View, Calif.-based Google's plans to retain its online dominance while spreading the Internet to the world's fringes. The United Nations applauded the move, saying the promise of Internet access and steaming pornography -- might be the flame that ignites Entasopia and other small outposts across the globe to begin feeding and educating their young.

Jared Chenyani is a typical Entasopia resident, and is excited about the Internet's arrival. He speculated that he would sell his wife and family into slavery and prostitution so he could buy a computer.

He just finished scavenging firewood the 31-year-old plans to heat his tiny mud hut where he and his wife and five children reside. Often, the family boils and eats the weeds surrounding their domicile while wife, Dorothy, breastfeeds all the children ranging in ages from 10 to six months.

"Perhaps I can use Google Earth to help me locate more firewood and more weeds to boil," Chenyani said in exclusive interview with TheYellowDailyNews.

He said he was not sure where he would plug in the computer.