Investors bid up Yahoo, Bank of America, Wal-Mart, Genentech and other major financial indicators in a scene reminiscent of a U.N. food camp in war-ravaged Somalia. Analysts had expected "extremely heinous" earnings, not the "very heinous" results that came in Friday showing losses were only in the high double digits for the quarter -- not the low triple digits as projected year over year. 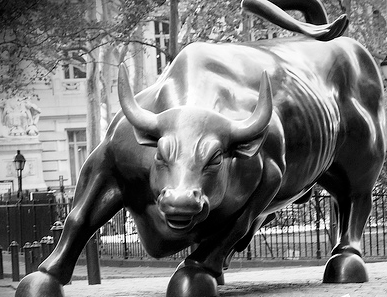 In response, the Dow Jones Industrials, the S & P 500 Index and the Nasdaq Composite Index skyrocketed roughly 5 percent in afterhours trading as companies announced they would have posted huge earnings if their companies had competent management, or actually sold or produced something in the fourth quarter. Wall Street reacted positively as the companies also announced they would have generated huge returns had they not paid their executives tens of millions of dollars each, and had they not had to pay for supplies, employees, taxes, rent or other financial obligations.

"We were predicting about 650,000 Americans would lose their jobs during the fourth quarter, not just a mere 600,000 as the recent data indicate," Lehman Bros. analyst Rebuya Nowa said in an exclusive interview with TheYellowDailyNews. "This is better than expected. We upgraded the entire market from "dump" to "buy."

In response to the earnings data, the Obama administration and Congress agreed to provide the companies $819 billion in "stimulus" money, with a safeguard that only 50 percent of it be earmarked for the nation's top executives. The other 50 percent was conditioned to be used solely for lobbying purposes -- "so the bailout money finds its way back to Washington where it belongs," Obama said.