by Jona Salt, TYDN Technology Affairs Writer
Google's post-Labor Day change to its infamous search page is causing quite a stir in the blogosphere, spurring speculation about whether the mysterious and rumored graphic remake portends other changes at the search giant, TheYellowDailyNews has learned. 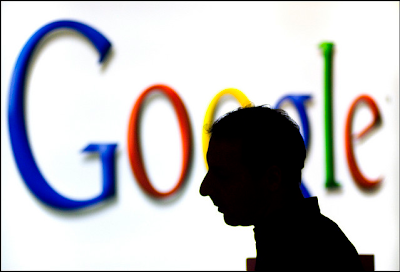 When users went to Google's classic search page Tuesday, they were treated to a Google logo in which the straight line in the capital "G" in "Google" was about a millimeter shorter, according to an investigation by TheYellowDailyNews.

TechCrunch, citing at least three sources familiar with Google's upcoming rumored search page changes, suggested that the normally yellow second "O" in "Google" will be replaced by the color orange.

Those rumors ignited speculation that other letters of the famous Google logo could change in shape, color and size. Gizmodo, quoting internal Google documents "found" at a Palo Alto, Calif. bar, reported that Google would soon shrink its familiar home page search box to 4.25 inches from 4.5 inches.

The New York Times suggested that the resized search box portends the gorgeousness of what a search page could be.

"This new rumored look underscores the gorgeousness by which a home search page can be," David Pogue, the Time's chief technology reporter, wrote on his blog, first read by TheYellowDailyNews. "It's delicious."

All the while, Google's stock was soaring in after hours trading on the Nasdaq Stock Market. Analysts said the makeover would certainly increase the Mountain View, Calif.-based company's share of the world search market.

"This is perhaps the most expansive and consumer-friendly new Google feature since the company created Gmail," said Forrester Research analyst JP Gownder, in an exclusive interview with TheYellowDailyNews. "This changeover is certain to bring back internet surfers who defected to Microsoft's Bing."

Gadget lab, in a 25,000-word analysis of the issue published Tuesday, said the face of technology is rapidly evolving and "providing consumers with an ever-changing, life-changing and life-enriching landscape of new branding logos and, hence, a fun-packed user experience emblazoned with gorgeousness."