By Ariel Doloresian, TYDN Staff Writer
WASHINGTON – (TYDN) It was a solemn day across the United States, as millions of Americans reflected on 9/10, a prehistoric time of sorts before airline travel became safer with the advent of a mandate that fliers' toiletries be placed in sandwich bags, TheYellowDailyNews has learned. 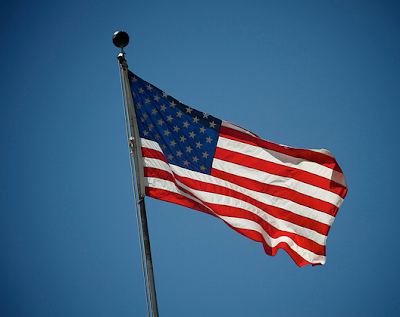 From California to New York, 9/10 represents a day that will go down in history like no other day, according to an investigation by TheYellowDailyNews, in what is believed to be the most exhaustive investigation into the 9/10 mindset.

Along the Santa Cruz, Calif. boardwalk, Americans munching chocolate fried Twinkies remembered that they used to eat them against the advice of their doctors. Now, these artery-hardening treats represent a freedom that our soldiers are fighting to uphold in foreign battlefields.

"These Twinkies have so much symbolism now," said a heavy set man, James Fattersboy, as he waited in a line 30 obese-people deep to get his hands on what he dubbed "Tiny Freedom Rockets."

"Christ, Americans are dying on the battlefield so I can eat these. My hats are off to these men and woman," Fattersboy continued in an exclusive interview with TheYellowDailyNews.

In the drug-addled Tenderloin district of San Francisco, shooting heroin is not what it used to be.

"I remembers whens weez used to needle up, all we had to worry about was losing our families, jobs and friends," said Rachel Cadalphia, a 44-year-old crack ho, in an exclusive interview with TheYellowDailyNews. "Now, I feel guilty that I'm sponsoring terrorism, that I'm fueling the opium trade in Afghanistan. I've thought about quitting several times."

Mental health experts, who have dubbed 9/10 "Pre-Patriot Day," said 9/10 is likely to foster all kinds of strange imagery and paradoxes, TheYellowDailyNews has learned.

"The day is a game changer for sure," said Peter Cocophania, a New York University psychologist, in an exclusive interview with TheYellowDailyNews. "Now, everybody is wondering whether the terrorist inside of them, no matter how slight, will get them whisked away to a foreign country and tortured."

Nowhere was 9/10 more symbolic than at a suburban Philadelphia gas station, where Melissia Tanzant was filling up her 2009 Suburban, which gets about 10 mph.

"Before 9/10, my only unconcern when filling up was that this gasoline was killing polar bears and perhaps placing the world on a faster path toward extinction," Tanzant said in an exclusive interview with TheYellowDailyNews. "Now, because of 9/10, I still don't care about the polar bears."