Obama To Discuss 'Issues' At Press Conference Next Week

by Thornhille Broome, TYDN Editor at Large
WASHINGTON -- (TYDN) President Barack Obama is to hold a White House press conference next week to discuss the "issues" near and dear to Americans, TheYellowDailyNews has learned. 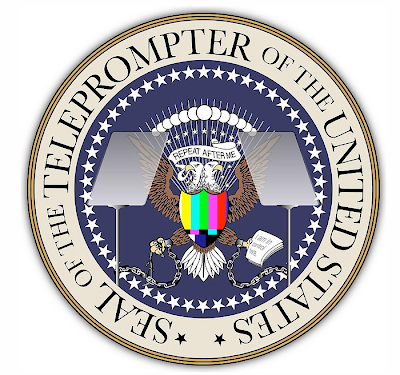 Administration sources declined publicly to disclose details of the Sept. 10 news conference, which is to come a day before the 9th anniversary of the September 11 terror attacks. But several high-ranking administration officials, speaking on condition of anonymity because they have not been authorized to publicly discuss the press event, said the president would wear a red tie and a dark suit during his first solo press conference since May 27.

The leak ignited speculation whether the president would adorn a suit sewn by one of the event's commercial sponsors. As of press time early Friday, Las Vegas oddsmakers were offering even-money wagering on that issue.

And a handful of select casinos were offering lopsided wagering on how black the president would allow himself to look on television, an issue some analysts suggested could be a huge factor whether the Democrats stay in power after the November elections.

"Will the makeup on his skin make him look like an Oompa-Loompa from Charlie and the Chocolate Factory or will it look its natural birth color of his Indonesian birthplace?" asked syndicated columnist, Josh Popovitch, in an exclusive interview with TheYellowDailyNews.

Meanwhile, at least three administration sources said the president is likely to disclose during his 8th solo news conference his favorite iPod color, a far-reaching White House policy that some analysts said could nip at him for the remainder of his term.

Aides said the president was also likely to announce who he believed would win the latest Dancing with the Stars. Tea Party activist Glenn Beck told his radio and television flock that the president was not likely to choose Bristol Palin, a revelation that is expected to ignite the first presidential recall in U.S. history.