Local Man In Hot Water For Not Noticing Wife's Haircut 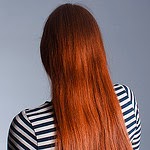 PHOENIX—(TYDN) A 37-year-old local man here was forced to sleep on the couch Sunday when his wife became angry he hadn't noticed a major revision to her hairdo for weeks, TheYellowDailyNews has learned.

The man, a stone mason contractor, was under fire from his wife of eight years for not noticing that she had 2 feet cut off of her strawberry colored hair.

Analysts said it was the worst failure by Jared Jimstein of not noticing his wife since the year before, when she stopped wearing eyeglasses and got contact lenses. He discovered his wife no longer wore glasses when she asked him "what color were her eyes?" and he had to check. 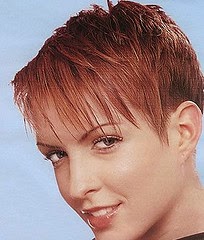 In the latest debacle, which some analysts are dubbing hairdo-gate, Jimstein said he was enjoying his day off Sunday, relaxing and watching sports on his big-screen television.

"I mean, I was just sitting on the couch, having a few beers and some chips watching football, and she just started yelling at me for not noticing her new hairdo," Jimstein said in an exclusive interview with TheYellowDailyNews. "And when I told her I would discuss it with her at halftime, she went through the roof. What's up on that?"

His wife, Charlotte, a 35-year-old bookkeeper, could not be reached for comment.

Jared Jimstein is taking it in stride, however.

"I never realized how comfortable my couch was to sleep on," he said. "And I get to watch as much ESPN SportsCenter as I want without being nagged to turn it off or down."