New York -- Federal Reserve Chairman Ben Bernanke said late Tuesday the latest Wall Street crisis would had been averted had executives at some of the nation's biggest failed or failing mortgage, banking and insurance companies earned more than the "paltry millions they took home each month." 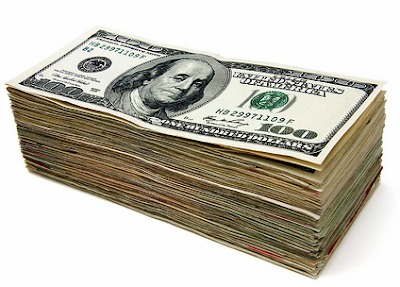 "Because of the paltry millions they took home each month, the taxpayers were forced to step in with hundreds of billions of dollars to bail out many corporations -- corporations that hate government intervention," Bernanke added. "Executives require huger compensation."

Bernanke, a President Bush appointee, chided the media and economists who have been suggesting that the turmoil on Wall Street was caused by shady business practices sanctioned by chief executives. "Make no mistake, the executives' practices of perpetually funding and insuring the real estate sector had nothing to do with inflating the housing market and precipitating the housing bubble and associated sectors," Bernanke said.

"This crisis is due in large part to greedy homebuyers, and shareholders and boards of directors looking to squeeze every dime out of Wall Street's top executives," Bernanke said. "These executives, in turn, failed their companies because they were too focused on their pay than the task at hand. They were doomed to fail."

The commercials included titles like "Big Exec Pay Keeps the Taxpayer Funded Bailout Away" and "If Executives Aren't Uber Rich, the Economy Will Fall in the Ditch."

Among other Wall Street developments, they include: The Fed agreed to provide $200 billion in so-called emergency "bridge loans" to top executives rattled by the housing bubble that is expected to cost America tens of thousands of jobs. That move, which is expected to calm investor jitters, follows U.S. taxpayers' bailout of financial arm Bear Stearns, mortgage giants Freddie Mac and Fannie Mae, and the $85 billion loan the Fed announced late Tuesday to insurance behemoth AIG Inc.