WASHINGTON -- (TYDN) It was a solemn and grim day here at the U.S. Capitol early Monday as thousands of hungry executives began lining up outside the U.S. Mint in anticipation Congress was within hours of approving a $700 billion Wall Street bailout package. 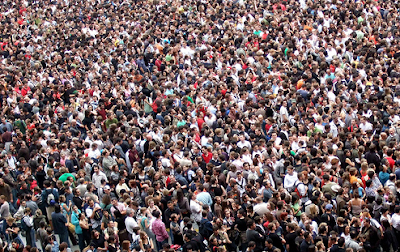 Analysts suggested the so-called "dough line" was reminiscent of the bread lines during the Great Depression, TheYellowDailyNews has learned.

Some of the executives' stomachs appeared bloated by hours of hunger pains. Their morning Champagne-filled brunches at Spago and other five-star restaurants had begun to wear off hours ago. Their limo drivers -- caught in a sea of armored-money-carrying vehicles -- were not immediately available to deliver emergency wine-and-cheese supplies.

The chaos was part of an economic crisis unseen in American history -- a melee mirroring a Somali food distribution center as executives battled to get themselves and their armored vehicles closer to the U.S. Mint handout.

Politicians, meanwhile, seized on the silver lining that the "dough lines" offered. In addition to adding Regis Philbin's face to Old Glory, they said the bailout's benefits were beginning to be seen. New jobs were already being created by the bailout hours before Congress was to vote on the $700 billion giveaway.

Many distraught executives, wondering where their next meal would come from, had hired homeless men and women to wait in line to the U.S. Mint as their proxies. Many were paid the executives' leftover Sunday brunch crumbs, despite some advertisements for the job asking "Who Wants to Be a Millionaire."

"This just goes to show that the trickle-down theory is working even hours before we dole out $700 billion in taxpayer money," said Nancy Pelosi, the House speaker from San Francisco. "Let this be a lesson. The creation of these new jobs for the homeless, what I call 'bailout proxy' jobs, shows that the free-market economy works."

Still, many of the executives stood in line without "bailout proxies," refusing to subsidize what they said was a "welfare class of people eating off of our entrepeneurialism."

In response, Capitol emergency medical workers began spoon-feeding caviar to these starving renegade executives in hopes they would take the bailout money instead of creating class warfare along the handout line. The ugliness was underscored by many of these bloated men showing up in public with their Armani suit jacket buttons unfastened -- a scene so obscene that many media outlets refused to publish photographs of its obsceneness.

"This lineup here to the U.S. Mint is really getting hot and heavy, with the bourgeoisie executives, and the proletariat executives really starting to build a venom for one another," Karl Engels, the District of Columbia police commissioner, told TheYellowDailyNews in an exclusive interview. "If we appease both of these classes, we think we can placate their anger from spilling over to the masses."

Moments later, however, a melee broke out when one of the executives' armored-money-carrying vehicles stalled along C Street here -- apparently running out of gas. Rescue workers descended upon the vehicle, filled it with gasoline and immediately loaded it with wheelbarrow after wheelbarrow of cash before sending it along.

All the while, a third class of executives in line here were unsure whether they would take the billions in handouts.

"If I agree to take this money, I'm not sure whether I could look at my children, wife and servants the same way as I've done before," said one distraught executive, who requested anonymity. "I'm afraid that, after the servants clear dinner and put my children to bed, I'm afraid of losing my self respect, that my trophy wife won't want to sleep with me anymore."

One U.S. Mint official, speaking on condition of anonymity, said Congress had anticipated such "third-party embarrassed executive" holdouts and were set to approve measures to placate these executives caught in a web of wary wives and mistresses. To keep the U.S. economy from collapsing, these "third-party embarrassed executive" holdouts will be provided coupons to redeem for a 5-carat diamond tennis bracelet, a house in the Hamptons, weekly messages for life, facials for life, manicures for life and "an extra $1 million monthly allowance," sources said.