WASHINGTON -- (TYDN) Bi-partisan congressional bailout legislation handing out thousands of keys unlocking the U.S. Treasury to top Wall Street executives stalled early Wednesday amid concerns the winning bidder to produce the keys "might be a foreigner," TheYellowDailyNews has learned 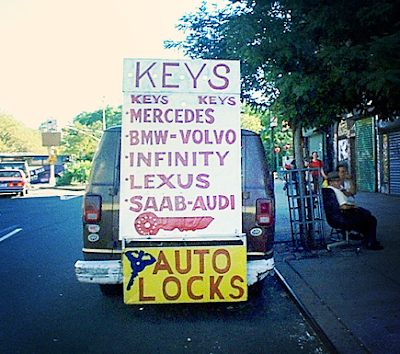 The imbroglio could derail legislation providing keys to open the U.S. Treasury to executives from Wall Street firms that have failed or are failing â.. legislation Congress and President Bush said is needed to save the U.S. economy from collapse. The disclosure by TheYellowDailyNews on Tuesday that the keymaker might be from Dubai created a schism in Congress threatening to kill the legislation from being enacted and potentially allowing for an economic crisis bigger than the Great Depression.

In a rare bipartisan scene, lawmakers from both sides of the aisle gathered on the steps of the Capitol here to chant in unison that they would rather see the nation's economy implode than cede control to "a keymaker who might be a foreigner."

"It is unacceptable that a foreigner, one believed from Dubai -- in the Middle East of all places -- was awarded the contract to make U.S. Treasury keys to dole out to Wall Street executives. These executives already have enough to worry about, like how to spend their own personal wealth that outstrips the balance sheets of their failing companies that are hurting America to no fault of their own," lawmakers chanted in unison outside the White House.

The lawmakers added: "Sure, these executives employ foreigners to clean their toilets and take care of their kids. But to accept a key from a foreigner to go into and unlock the U.S. Treasury and print as much money as they want, that's just un-American and unacceptable."

Treasury Secretary Henry Paulson devised the plan to give keys to unlock the department's Bureau of Engraving and Printing to at least 5,000 Wall Street executives as part of a $1 trillion plan to keep the U.S. economy from slipping into Depression.

Democrats scored a key victory in the legislation, demanding that the Treasury hold a raffle and award one key to an American citizen earning at least $120,000 annually, not including deductions for capital gains taxes.

Still, Paulson urged lawmakers to sign off on the bailout despite the keymaking contract being awarded to Fasad Amail, a 19-year-old Christian who fled the Middle East with his four younger siblings. They escaped persecution after their parents were killed for refusing to join the jihad and travel to Iraq to fight "The Great Satan."

But lawmakers balked at Paulson. Despite Amail's $1 per key bid -- a $5,000 contract in all -- American's deserve better than being rescued by a "towel head," the lawmakers chanted on the capitol steps here.

House Speaker Nancy Pelosi, while criticizing the deal for only allowing the executives to print a combined $1 trillion in greenbacks, said Amail's contract with Paulson must be broken for the good of America.

"We would rather our country burst asunder than be saved by this towel head," Pelosi said in an exclusive interview. "This isn't about politics. This is about what's right."

In response, the Bush administration nullified its contract with Amail and decided to award a no-bid contract to an undisclosed bidder for an undisclosed price. Executives with balance-sheet losses ending in odd numbers are to get keys to the U.S. Treasury's mint as early as Friday.

Meanwhile, Amail could not be reached for comment. Sources, who requested anonymity, said Amail was being detained at a San Francisco immigration holding pen pending a January 2011 initial hearing date.