WASHINGTON -- (TYDN) President Bush backtracked on his ongoing pledge to keep the Iraq war effort running indefinitely, announcing Wednesday an ambitious timeline for withdrawal linked to what he termed "benchmarks." 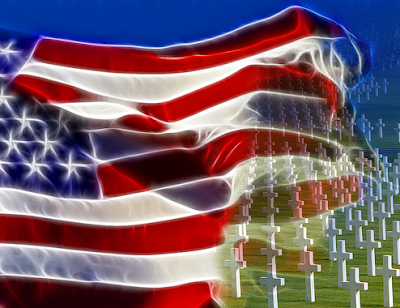 The president said he would begin phasing out the more than 130,000 U.S. troops in Iraq in the year 2020. Or, linking to other "benchmarks," as he called them, the deployment would begin to shrink after 20,000 U.S. troops were killed in a covert plan presidential advisors have dubbed "The 20-20 Peace Proposal."

The latest war tactic is facing intense criticism from the right as being too optimistic, and from the left as being not ambitious enough.

The operation replaces the commander-in-chief's clandestine program, "Iraqi-05-4000 Operation," according to well-placed sources, who spoke to TYDN on the condition of anonymity. That plan was Bush's original and secret policy to withdraw five years after the initial 2003 invasion or upon 4,000 troops having been killed in the Iraqi theater, whichever came first, these sources said.

The president, in an exclusive Oval Office interview with TYDN, said the "United States would not be defeated. We cannot be defeated and that's what this plan and these benchmarks stand for."

The chief executive said his recent "surge" of thousands of U.S. troops throughout Iraq and the Baghdad capital is beginning to quell the bloodshed, years after U.S. forces toppled Iraqi dictator Saddam Hussein who was executed in a publicized hanging in December, 2006

"Today, a suicide bomber blew herself up in a Sadr City slum marketplace, killing 25 men and women and eight children," the president said. "That's half the carnage from yesterday's bomber."

"If elected, I would shun these dove-like policies enacted under the second Bush administration," McCain told reporters. "At a minimum, we're not abandoning the Iraqi people until 2025, or until 25,000 U.S. troops have been killed, period."

Legal experts, while applauding Bush and McCain for never using the term "quagmire," suggested McCain was being soft. They noted that McCain's plan slipped in the term "democracy."

They attacked the Vietnam veteran, suggesting he might not hold tight to his timeline if democracy blossomed in Iraq beforehand.

"Which is it, McCain? Is it 25,000 dead troops, the year 2025 or democracy?" an angry Ann Coulter was quoted as saying in an exclusive interview with Bill O'Reilly on the Fox News Network.

As Obama was set to announce his so-called "19-19 Peace Proposal" to CNN viewers, Clinton told Oprah Winfrey fans about her "18-18 Peace Proposal."

An Obama campaign source, speaking on condition of anonymity because of the sensitivity of the topic, told TYDN that the Illinois senator would propose what campaign operatives have called the "17-17 Peace Proposal" later Wednesday on the "Late Show with David Letterman."