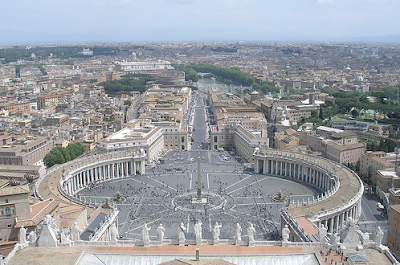 The pope has quietly reversed a policy under his predecessor, Pope John Paul II, who had removed and banned thousands of seminarians, priests, bishops, archbishops, cardinals and others who had sexual relations with young children, mostly boys. When Benedict assumed the papacy three years ago, among his first and clandestine edicts was to increase the numbers of ordained men at all Church levels, Vatican sources, who spoke on condition of anonymity, told TYDN late Thursday.

The clergy's dwindling numbers produced the cancellation of masses, Sunday schools, and forced the secularization of weddings, funerals and other services.

The pontiff, traveling in the United States on his first official visit, is expected to announce a rejuvenated Church when addressing the General Assembly of the United Nations on Friday, the Vatican sources said.

The pope is expected to tell the General Assembly that he understands the policy is controversial, but the Church's future depends upon it, according to Benedict's prepared speech, the entire text of which TYDN obtained Thursday.

"I am aware that this reunification decree opens the Church up to much criticism, that we chose this group that has a rich and long Church history over gays, lesbians and female clergy," Benedict is expected to say.

Then, calling on his oft-used poetic embrace, his speech adds: "I am ashamed. I am ashamed the Church turned a blind eye as its clergy began to evaporate, to blow like a leaf from its mother, cartwheeling in the air."

Ever since John Paul's 2005 death, Church historians had been recording a slow and steady increase in the number of Catholic clergymen, up several thousand from an estimated 50,000 under John Paul's tenure. "Most analysts believed the reasons behind the resurgence was a renewed faith in God, and a desire for a life of celibacy," American University scholar Nathan O'Reilly said in a telephone interview.

Still, Benedict's plan was met with subdued optimism by some the world's estimated 1 billion Catholics.

Then there is Bruno Rignulous. As the shoe salesman learned of the papacy's decree while touring the Vatican City grounds here, he noted that his son, now an adult, was a sexual victim of a renegade priest.

"The pope's reunification decree should make the Church stronger," Rignulous said. "My son, when he now goes to confess his sins -- to seek guidance and forgiveness -- sometimes there'd be no one there to confess to."