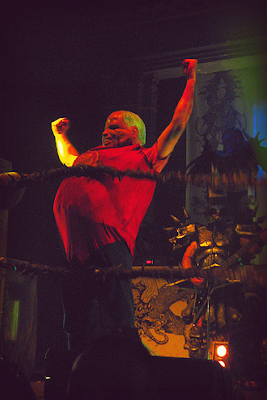 The results naming the Republican from Arizona to succeed President Bush were leaked to TheYellowDailyNews seven months ahead of the general election. Historians said it was the first time the outcome was leaked before both major parties officially declared a candidate at their respective national conventions.

In response, Democrats demanded a re-leaking as voter rights groups expressed outrage. "Every four years the results are getting leaked sooner and sooner," Center for Democracy president Elaine Schmirnikoff said. "Whatever happened to the good old days, when the Supreme Court decided the elections?"

"It's unacceptable that the results have been leaked months before our party chose a candidate," Democratic National Party Chairman Howard Dean said in an exclusive interview with TheYellowDailyNews. "It's just unfair and smacks of politics."

Election strategists downplayed Dean, saying it was just one of a host of exaggerations by the party's chief. Results from the Democrats' convention are expected to be leaked perhaps as early as Wednesday, according to these strategists, who spoke on condition of anonymity because they have not been authorized to disclose the pending leak.

McCain, the presumptive nominee for the Republican Party, secured 65 percent of the presidential vote, in what revisionist historians are declaring an unprecedented landslide even before the former Vietnam veteran has announced a running mate, according to electronic voting machine results forwarded to the Federal Election Commission and reviewed by TheYellowDailyNews.

"When I was in Vietnam, fighting for democracy and held hostage in a cage, I dreamed this day, this great day of democracy would be fulfilled," McCain said at a hastily called news conference in Harare, the capital of Zimbabwe.

McCain, part of an 11-member U.S. delegation monitoring Zimbabwe's election results that are being challenged by incumbent dictator President Robert Mugabe, said his elevation to the U.S. presidency "should be held up around the globe, that a fair election can come without bloodshed, unnecessary balloting and long lines in polling stations."

Barring a recount, McCain is expected to assume the U.S. presidency in January.

Pollsters, meanwhile, were scratching their heads over the results. A CNN-ABC poll, which had a margin of error of plus or minus 3 percentage points, showed Monday that 65 percent of Americans did not know there was an election this November.