BETHESDA, MD. -- (TYDN) Obesity rates are leveling for the first time in the United States since government scientists began monitoring the fattening of America two decades ago, TheYellowDailyNews has learned. 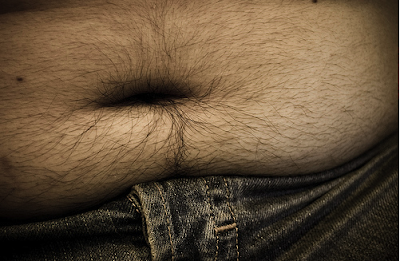 Government scientists cautioned, however, that any gains in combating U.S. obesity were threatened by Sunday's declaration from United Nations Secretary-General Ban Ki-moon. The secretary-general warned that food production worldwide must increase urgently to ease skyrocketing prices -- 40 percent since last year -- which has caused the hungry to riot and protest in Cameroon, Burkino Faso, Haiti, Egypt, Ethiopia and elsewhere. The World Food Bank estimates 33 countries are at risk of food-related political and social upheaval.

The obesity study by the National Institutes of Health here is the first time scientists in the United States did not detect an annual rise in obesity in two decades. Elias A. Zerhouni, the NIH director, told TYDN in an exclusive interview that the obesity rate has leveled off at 100 percent of the U.S. population for the second year in a row, up from 98 percent.

"We have the upper hand now. Obesity, the scourge plaguing our society, cannot rise anymore and can only go down now or stay flat," Zerhouni said in an interview here. "But the United Nations' call for increased food production is ill-timed and misguided. The U.N. fought us over the Iraq war, and now it's turning a blind eye to an epidemic affecting every American."

Ban, the secretary-general who was addressing a five-day conference on development in Accra, Ghana's capital, said over the last three years "the world has consumed more food than it has produced." Production, he said, must increase immediately to avert a global crisis.

Researchers for the NIH here are attributing the leveling of obesity in the United States to a variety of factors.

The biggest was mandatory nutrition labeling imposed last year on restaurants and the fast-food industry. Researchers are just beginning to see the benefits with food labeling, and they note that cigarette smoking in the United States has become virtually nonexistent after the government required Big Tobacco to label packages about the dangers of smoking.

"When people go to McDonald's, for example, while the fat they ingest usually equals the recommended amount for a week, we're starting to see consumers leave a French fry or two behind. It's phenomenal," one researcher told TYDN in an exclusive interview.

While taking into account a person's height, age, sex and build, officials define obesity as being more than 20 percent of one's ideal weight. Obesity is a significant contributor to a variety of ailments, including high blood pressure, diabetes, heart failure, cancer and osteoarthritis.