WASHINGTON -- (TYDN) President George W. Bush's latest list of pardons does not include high-profile individuals, including the president himself, as he mulls whether to grant himself clemency in his final weeks in office, TheYellowDailyNews has learned. 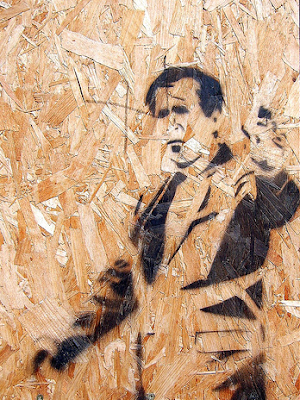 Bush administration officials, speaking to TheYellowDailyNews on condition of anonymity early Friday, said the 43rd president was considering pardoning himself for the endless wars in Afghanistan and Iraq, the recession, the housing crises, skyrocketing unemployment, inflation, the stock market crash and a legacy of unprecedented eavesdropping on the American populace.

The startling revelation of a possible Bush pardon sparked intense public debate. Legal scholars wondered aloud whether the power of executive commutation can be exercised on oneself â.. a power of forgiveness never exercised in such a way. The closest it's come was when then-First Lady Hillary Rodham Clinton forgave President Clinton for having Oval Office sexual relations with intern Monica Lewinsky.

"In modern times, the pardon and commutation of sentences has been limited to drug dealers and the president's friends," Hoover Institute scholar Tim Smith said in an exclusive interview with TheYellowDailyNews. "Whether the president himself qualifies is an untested question."

Scholars and political watchers noted that the president was instead considering whether to charge $10,000 or $20,000 an hour for post-presidency speaking engagements to give the public a chance to peer into the mind of the nation's 43rd chief executive who will always be known as "Mr. President" regardless of whether he pardons himself.

Bush has been stingy about issuing pardons. Including this week's actions, he has granted a total of 171 pardons and eight commutations. That's less than half as many as either Clinton or President Reagan issued during their two terms in office.

One hot topic of discussion related to pardons is whether Bush might decide to issue pre-emptive pardons before he leaves office to himself or government employees who authorized or engaged in harsh interrogations of suspected terrorists in the wake of the Sept. 11, 2001, attacks. Some constitutional scholars and human rights groups want the incoming administration of President-elect Barack Obama to investigate possible war crimes.

If Bush were to pardon anyone involved, it would provide protection against criminal charges, particularly for people who were following orders or trying to protect the nation with their actions. But it would also be highly controversial.

At the same time, Obama advisers say there is little, if any, chance that his administration would bring criminal charges against Bush or anybody else.