WASHINGTON -- (TYDN) Lawmakers on Wednesday demanded the Federal Reserve to release billions in taxpayer dollars to fund executive banking sector bonus packages in a bid to prevent the economy's collapse, TheYellowDailyNews has learned. 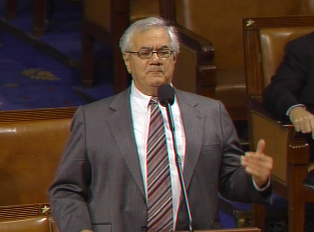 The push for the bonuses is in addition to a $700 billion Fed bailout package approved for the banking community, and comes as the economy teeters on the brink of faltering. Lawmakers said the bonuses, totaling another $700 billion and to be dispersed by year's end, is part of the government's overall economic stimulus plan.

Fed Chairman Henry Poulson initially pushed back, but acquiesced when lawmakers and their constituents expressed alarm that the banking institutions, even with a fresh injection of a $700 billion bailout, might fail unless their top executives and traders received lavish bonuses as the Christmas season approaches.

"How do you expect these banks to make money and make loans at exorbitant interest rates unless the top brass and key traders are given millions more on top of their millions in annual salaries?" Rep. Barney Frank, head of the House Financial Services Committee, said at a hearing early Wednesday. "C'mon, this is Economics 101."

Luxury goods stocks soared in after hours trading, fueled by strong demand for securities in Gucci, Rolex and a host of designer yacht and homebuilders.

That "best-in-class" executives stand to reap just paltry millions of dollars in year-end bonuses "should teach them a lesson to behave more responsibly. And it likely would prevent the banks from igniting another economic meltdown," Cal State Fullerton revisionist historian Harry Jeffers said in an exclusive interview with TheYellowDailyNews. "Never again will the banks loan out trillions of dollars to people they know can't pay it back. This is a victory for America."

Paulson said lawmakers should provide even greater bonuses. A fresh monetary infusion, he said, likely would further stimulate an economy teetering on collapse.