WASHINGTON -- (TYDN) The Federal Reserve is conditioning a possible $50 billion bailout rescue of troubled General Motors on the automaker promising strong sales of its hulking Hummer brand, TheYellowDailyNews has learned. 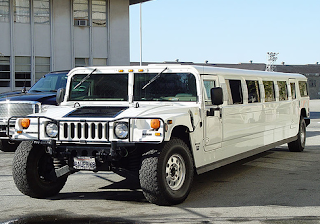 Executives at the Detroit automaker and federal officials told TheYellowDailyNews early Friday that the plan is expected to be publicly announced as early as Saturday. The deal, while still in its preliminary stages, marks the first time the federal government, as part its $2 trillion economic rescue package, has placed conditions on a bailout recipient.

Insiders said the conditioned bailout requires GM to promise to triple sales of the $70,000 vehicle by the third quarter of 2009. Details of the plan require GM to increase interest rates on Hummers, and promise consumers a year's worth of free gasoline â.. strategies that helped push GM to near insolvency but strategies now seen as elevating GM past Ford and Chrysler to become the nation's No. 1 automaker.

Analysts said the proposal was certain to spark a financial resurgence across America's ailing car lots, and would reverberate from Wall Street to Main Street.

Sales of the massive vehicles, which get an efficient 9-10 mpg, have fallen nearly 60 percent year over year. General Motors says it may go under by year's end if U.S. taxpayers don't come to its side and start buying its flagship Hummer.

And GM Chairman Richard Wagoner said Hummer sales should ignite the economy. He said the vehicle is perfect for America, and has been a victim of skyrocketing gas prices, unemployment, a plunging stock market, a strong dollar and the housing crisis.

"If we can get more people into these combat-ready cars, we think that could spark a strong economic rebound while also preparing the nation for a terror attack once Sen. Barack Obama takes office," Wagoner said in an exclusive interview with TheYellowDailyNews. "Strong sales of this vehicle mean huge sales of steel, gasoline and even paint â.. all of which require thousands of workers and dozens upon dozens of factories to produce."

Analysts said the plan was the correct approach to right a sinking economy, and underscores that Washington was serious about accountability.

"Congress just gave the banks $700 billion based on the trickle down theory, and now the Fed is begging the banks to loan out that money instead of hoarding it," said Harry Jeffers, a Cal State Fullerton revisionist historian. "This Hummer plan shows that the government is taking the correct steps in steering the economy to prosperity."