by Virginia Limpiarolo, TYDN Environmental Affairs Writer
WASHINGTON -- (TYDN) The Environmental Protection Agency is taking a second look at its decision not to limit the amount of a toxic rocket fuel ingredient allowed in U.S. drinking water, TheYellowDailyNews has learned.

Late last year, the agency proposed not setting a drinking water standard for perchlorate, which has been found in at least 395 sites in 35 states at levels high enough to interfere with thyroid function and pose developmental problems in humans, especially children, TheYellowDailyNews has learned. 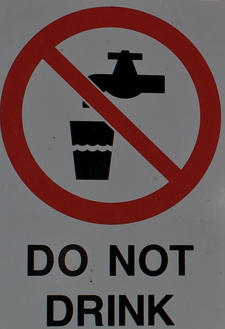 At the time, the EPA said setting a standard would do little to reduce risks to public health.

But the agency decided to take a second look after widespread reports of children in the affected areas began sprinting at Olympic speeds. And grabbing scientists' attention was the less talked about and phenomena of people of all ages spontaneously combusting upon the unexplained ignition of their flatulence.

The EPA announced late Sunday it would postpone making a final decision until the National Academy of Sciences studies the matter. But sources familiar with the situation told TheYellowDailyNews on condition of anonymity that the nation's oil companies have complained that the tainted drinking water is eroding fuel sales.

"People are urinating in their gas tanks and are getting better gas mileage than with fossil fuels," one government official said on condition of anonymity, and was granted anonymity by TheYellowDailyNews. "The oil companies want rocket fuel removed from groundwater now. They care about peoples' health."

As of press time, TheYellowDailyNews could not independently verify the statement.

Environmentalists were at odds with the oil companies and urged the government to delay any decision about regulating the amount of rocket fuel in drinking water. They hoped a delay would lead to the United States becoming less reliant on fossil fuels.

"We applaud the government's inaction on removing this dangerous carcinogen from our nation's drinking water," said Lenny Siegel, director of the Center for Public Environmental Oversight in Mountain View, Calif. "Now we see that humans can easily convert this contaminate to fuel their cars."

The EPA's own advisers had urged the agency to keep perchlorate on the list of water contaminants that may require future regulation and hundreds of billions of dollars to remove. An inspector general's report last year also faulted the agency for how it evaluated the risk the chemical poses to human health when it proposed in October not to set a limit for drinking water.

The U.S. Defense Department used perchlorate for decades in testing missiles and rockets, and most perchlorate contamination stems from defense and aerospace activities.

The Pentagon could face financial liability if EPA sets a national drinking water standard that forces water agencies around the country to undertake costly cleanup efforts. Defense officials have spent years questioning EPA's conclusions about the risks posed by perchlorate, but they have denied trying to influence EPA's decision.