Madoff, 70, a former Nasdaq stock market chairman, has become one of the most vilified people in America since his arrest weeks ago on allegations he allegedly plundered $50 billion from investors. 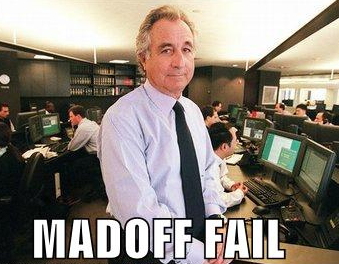 A federal magistrate judge had allowed Madoff to leave his 10,000-square-foot apartment during the day as a condition of his $10 million bail. But U.S. Magistrate Judge Theodore H. Katz, who legal experts said was a tough but fair jurist, eliminated the curfew and instead confined Madoff to his apartment as prosecutors ready their fraud case against him.

Legal experts said the increased bail measure was Draconian and underscored that, for the first time, the government was getting serious about punishing white-collar criminals.

Rights groups, however, said the government was going too far.

"This Guantanamo Bay-style incarceration of Mr. Madoff is barbaric and shocks the conscience," ACLU executive director Anthony Romero said in an exclusive interview with TheYellowDailyNews. "What's next? Are they going to cattle prod him?"

Madoff's lawyer, Ira Lee Sorkin, said in an exclusive interview with TheYellowDailyNews that he would appeal the confinement order all the way to the U.S. Supreme Court.

"That my client is not free to travel to his dozens of homes across the globe is an injustice of the highest order," Sorkin said. "Christ, Mr. Madoff ran out of caviar on New Year's Eve and couldn't even leave to get more. This is outrageous."

Amnesty International and Human Rights Watch concurred. In a joint statement, the groups asked: "When will these Gestapo tactics end?"

Rights groups expressed alarm that Madoff's bail conditions have been gradually increased as angry investors who lost billions seek information about what happened to money they thought was safely invested with someone who was widely respected on Wall Street. Just weeks ago, Madoff was released on $10 million bail only on the signature of he and his wife.

Authorities say Madoff confessed to family members that he had for years been paying returns to certain investors out of the principal received from others until he had only $200 million to $300 million remaining.

The charge against Madoff carries a potential penalty of up to 20 years in prison, but judges are not bound by federal sentencing guidelines. Other charges could be added as the case is presented to a grand jury.