by Jason Blaire, TYDN Bailout Affairs Writer
WASHINGTON -- (TYDN) President Barack Obama, adopting his toughest position against bankers who received $2 billion in bonuses as the troubled banks received hundreds of billions of bailouts, said Monday he planned to "tell these executives' moms about their egregious behavior," TheYellowDailyNews has learned. 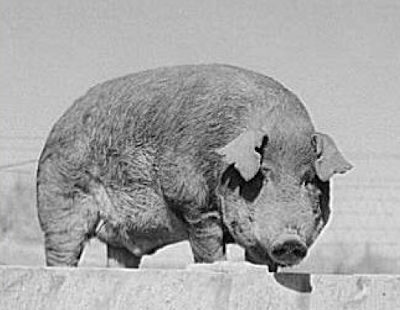 "The mothers, I'm sure, would be alarmed and would want to spank their kids," Obama said at a White House Rose Garden news conference.

Republicans decried the announcement, saying the president had once again gone too far by attempting to interject socialism into American capitalism.

"That the administration begged the banks to loan out the bailout money to Americans was itself an embrace of socialist ideals," said Mitch McConnell, the GOP Senate majority leader from Kentucky, in an exclusive interview with TheYellowDailyNews. "Obama's egregious tattletaling takes his socialism to the next level and threatens to undermine our entire financial system."

The brouhaha comes days after Kenneth R. Feinberg, the Obama administration's special master for executive compensation, named 17 financial companies that made questionable payouts (.pdf) totaling nearly $2 billion after accepting billions of dollars of taxpayer aid. Feinberg said these payments were "ill-advised" and "against the public interest," but admitted he had "no authority whatsoever" to recoup the money.

To be sure, paydays on Wall Street are soaring. Goldman Sachs is expected to pay an average of $544,000 per worker in salary and bonuses. At JPMorgan Chase, it's $425,000. Morgan Stanley employees stand to reap an average $260,000.

Feinberg, who Obama named to oversee the $20 billion BP fund to handle claims from the Gulf of Mexico spill, praised the president for being tough on the banking executives.

"This was a huge concession on behalf of Obama, who was thinking about taxing these bonuses," Feinberg said in an exclusive interview with TheYellowDailyNews. "Some of these executives' moms, I've been told, have paddles with holes in them."