by Jonothan Aplomb, TYDN Supreme Court affairs writer
WASHINGTON (TYDN) -- Supreme Court-nominee Elena Kagan conceded here Friday on her fourth day of confirmation hearings that "the sky is blue," a surprising revelation about her judicial temperament that Republicans and some Democrats said verged on judicial activism, TheYellowDailyNews has learned. 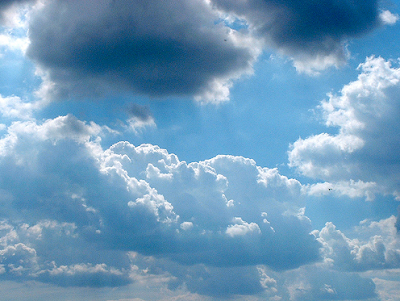 Kagan, tapped by President Barack Obama to replace the retiring John Paul Stevens, is believed to be the first high court nominee in the nation's history to espouse a viewpoint during a senate confirmation hearing. Republicans and a handful of Democratic senators suggested Kagan's answer to a question about meteorology underscored that she's a judicial activist unfit to sit on the nation's highest court.

"This outrageous statement, that she says the color of the sky is blue, underscores that she has already made up her mind on that issue, and is likely to vote on cases from a personal, not legal, viewpoint," Sen. Jeff Sessions, R-Alabama, the ranking minority member on the Senate Judiciary Committee, said in an exclusive interview with TheYellowDailyNews. "It's an alarming position because the sky isn't always blue."

Insiders, speaking to TheYellowDailyNews on condition of anonymity and granted anonymity because of the sensitivity of the topic, suggested Kagan's once-certain confirmation is now clouded in uncertainty.

Until Friday morning, Kagan, the nation's solicitor general, was viewed by many here to have sealed her confirmation. During her first three days of hearings, the former Harvard Law School dean had distanced herself from appearing to be a judicial activist. She had refused to answer a barrage of legal questions about her beliefs on any subject.

Senate Majority Leader Harry Reid of Nevada, in response to calls that the president withdraw Kagan's nomination in a scandal dubbed "Sky is Blue-gate," implored senators to remain levelheaded.

"This shows that she is not a judicial activist and highlights that the confirmation process is alive and well," Reid added.

In what Reid described as "politically underhanded and objectionable," Sen. Jon Kyl, R-Arizona, asked Kagan if she agreed with him "that the sky is blue?"

A dramatic tone of silence befell the hearing room, as onlookers wondered how Kagan would respond.

"The good senator from Arizona," Kagan replied, "you are correct, the sky is blue."