An investigation by TheYellowDailyNews confirms that heirs, from California to New York, are hastening deaths of their relatives in a bid to take advantage of an estate tax loophole expiring at year's end. Worldwide gold prices have been plummeting to less than $1,000 a troy ounce, as a deluge of gold-tooth fillings floods the market.

"Christ, the old dirtbag was going to die sooner or later, and later would have cost me a lot of money in taxes," one benefactor of the loophole told TheYellowDailyNews on condition of anonymity. "It was the best advice my accountant has ever given me." 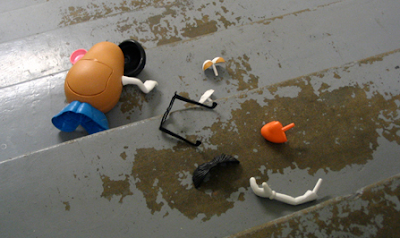 Analysts praised the quirky tax law as the preferred method of social engineering since Darwin. Websites doling out death advice have cropped up across the Internet.

One website, Whack Your Grandma to Keep Uncle Sam at Bay, suggested pushing your aging relatives down the stairs to beat the deadline.

"If they survive the 'Slip and Fall Method,' try the 'Old Pillbox Switcheroo.' It's foolproof," the Whack Your Grandma to Keep Uncle Sam at Bay site recommends.

In 2009, Congress passed legislation nullifying the federal inheritance tax beginning in 2010. But it comes back in 2011. The top rate is 55 percent. The exemption will shrink from $3.5 million per individual in 2009 to just $1 million in 2011, potentially affecting eight times as many taxpayers.