by Peirce Braslalames, TYDN BP Oil Spill Affairs Writer
ON THE GULF OF MEXICO -- (TYDN) British Petroleum embarked Tuesday on an operation to seal the biggest offshore oil leak in U.S. history, forcing mud donated from mudslinging politicians down the throat of its blown-out well, TheYellowDailyNews has learned. 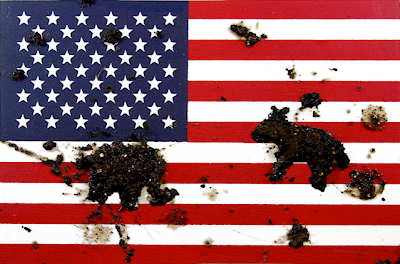 Analysts said it was the first time politicians, from the left and right, apparently stopped slinging mud at one another in an election cycle for a worthy cause. Congressional watchdogs said they were optimistic that lawmakers, with mudslinging arsenals depleted, could work together "on the issues."

But the exuberance quickly faded as the Justice Department opened an investigation amid reports that some politicians were stockpiling and slinging mud they had publicly promised to donate, TheYellowDailyNews has learned.

"That some politicians chose to throw mud at politicians instead of down the BP well shocks the conscience," Attorney General Eric Holder said in an exclusive interview with TheYellowDailyNews. "And some of the mud that was donated was clearly half baked."

A United Nation's analyst said American politicians had enough mud stockpiled to fill 500 BP broken wells. But whether enough had been pledged to seal BP's Macondo well was uncertain.

The Commerce Department, meanwhile, opened a separate inquiry into whether mud stuffed down the hole was produced with foreign soil.

BP engineers won't know for more than a week if the donated mud has choked the well for good. After the April 20 explosion on BP's offshore drilling rig, the Deepwater Horizon, the Macondo well began spewing hundreds of millions of gallons of oil into the Gulf of Mexico.

The well was tentatively capped with a giant, 75-ton rubber band ball placed into its ruptured pipe three weeks ago.

The rubber band method was considered only a temporary measure. BP and the Coast Guard on Tuesday began plugging the hole more securely with a column of heavy drilling, cement and mud donated from politicians.

TheYellowDailyNews (TYDN)
is satirical parody. Any rational relationship to reality is coincidental.