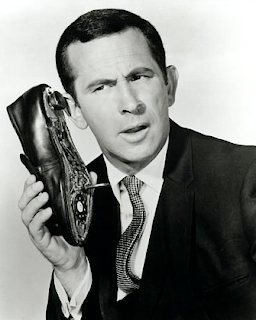 The retired three-star CONTROL general will be the fourth director of national intelligence in five years, inheriting a post whose purpose has been questioned in the wake of President Barack Obama's firing of The Chief, the president's first spymaster let go because he was unable to stamp out the global terrorist threat posed by KAOS.

Analysts said Smart's position, however, remains ill-defined five years after its creation. And creating a sense of purpose, other than the government's longstanding battle against KAOS, will be one of Smart's greatest challenges, these analysts told TheYellowDailyNews on condition of anonymity.

Uncertainty about the directorship's job description created a challenge for the White House. But President Obama chose Smart, known in the spy community as Agent 86, because Smart could "name at least seven" of the 16 agencies he would be overseeing.

After Agent 86's unanimous Thursday confirmation by voice vote, Sen. Dianne Feinstein, a California Democrat who chairs the Senate intelligence committee, praised the new director. "Smart has 46 years in the intelligence field battling KAOS, and he could name at least seven spy agencies his directorship would supervise," Feinstein said in an exclusive interview with TheYellowDailyNews. "Most of the other candidates could name two, three agencies tops."