WASHINGTON -- (TYDN) The Bush administration, after an exhaustive eight-year study, concluded late Sunday the United States is dependent on foreign oil that is monopolized by a cartel and to blame for $4-a-gallon gasoline, TheYellowDailyNews has learned. 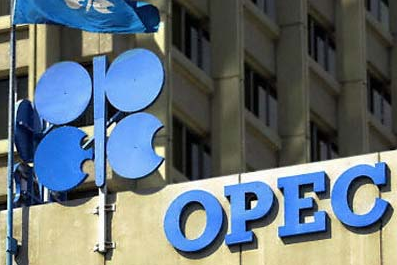 It was the administration's first far-reaching analysis of world energy markets in almost eight years of power. Administration officials dubbed the secret cartel the "Organization of Petroleum Exporting Countries."

Administration sources said President Bush is expected to address the nation Monday and disclose this never-been-heard-of monopoly, which administration insiders have nicknamed OPEC.

The administration, according to sources briefed on the matter who spoke on condition of anonymity because they have not been authorized to publicly discuss the mater, will tell Americans that OPEC consists of 13 nations. Sources said they include Iran, Iraq, Kuwait, Saudi Arabia, Venezuela, Qatar, Indonesia, Socialist Peoples Libyan Arab Jamahiriya, United Arab Emirates, Nigeria, Ecuador, Angola and Gabon.

According to administration officials, Bush did not know that Iraq, when he invaded it five years ago, was an OPEC member. Had he known, he might have invaded sooner, sources said.

Insiders said Bush intends to begin its next war campaign against Iran and then go down the list of other cartel nations -- all in a bid to end the United States' addiction to a foreign oil cartel.

"We could have saved a lot of time and began invading more countries sooner to satisfy our thirst for cartel-free oil had we discovered OPEC's website sooner," Bush is expected to tell the nation in his first televised address to the nation since taking office in January, 2000. "We will no longer be dependent on a foreign cartel for energy again. That's un-American."

Analysts said the discovery of OPEC is certain to shock world oil markets. "The end of oil trading on the futures market is over as we know it," said Nathan Crude, a trader with Slick, Spill and Tar Co., a Texas energy consortium.

Trading on oil futures is expected to be halted at least through Tuesday, according to a source on the U.S. Mercantile Exchange.

Presidential scholars said it was the first time in U.S. history a president has offered a solution to ending the nation's thirst for oil produced by a cartel. "Bush's vision of war against these nations, instead of seeking oil alternatives, is brilliant and certain to bring peace and stability to the world," said Jonathan Slick, a Republican political strategist and Vice President Dick Cheney's un-indicted advisor.

Still, other analysts were unsure of the strategy. They suggested drilling for oil in the United States, instead of going to war, would wean the United States from an addiction to oil from an un-American cartel.

"That Bush would rather go to war than drill along the United States' coast is preposterous at best," said syndicated columnist Charles Krauthammer. "At least he's not pandering to the girly men who want green power."