SACRAMENTO -- (TYDN) Polls show California Gov. Arnold Schwarzenegger is the leading choice for governor in the Golden State's latest recall election to be held in November, TheYellowDailyNews has learned. 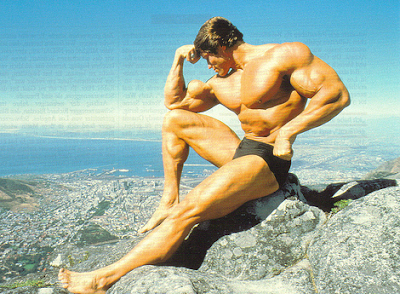 Schwarzenegger ousted Gov. Gray Davis in California's first recall election in 2003 as voters became tired of soaring budget deficits and the energy crisis. Schwarzenegger, now facing his own recall election because of soaring deficits -- $15 billion and $4 billion in annual bond debt -- is expected to retain the governorship with 100 percent of the vote, according to a Field Poll survey.

According to the Field Poll survey of 5,000 likely voters, all of those surveyed blamed Schwarzenegger for an overdue budget, soaring deficits and the real estate collapse. Still, those surveyed said they would again vote for Schwarzenegger, whom they said was the most qualified because he has starred in motion pictures.

More than 100 entrants were in the 2003 recall election. Schwarzenegger is the only candidate in Schwarzenegger's recall this November.

"Arnold is a formidable force. Our survey said he would likely be elected president if he wasn't born in Austria, even if California was in the midst of a $60 billion deficit and 15 percent unemployment," Field Poll pollster Harvey Countem said in an exclusive interview with TheYellowDailyNews. "That nobody is challenging Schwarzenegger in the recall election says a lot."

The California Legislature and Schwarzenegger remain deadlocked, since July 1, over a approving a $100 billion budget.

The survey, conducted by telephone, had a margin of error of 3 percentage points. A majority of likely voters said Schwarzenegger's role in "Kindergarten Cop" certified the candidate's qualifications to lead the world's sixth largest economy.

California Attorney General Jerry Brown, a two-time governor, was considering entering the recall race but dropped out after his aides cautioned him that he was a loser, TheYellowDailyNews has learned. The Field Poll survey concluded similar results.