BEIJING -- (TYDN) President Bush on Thursday used some of his bluntest language to date on human rights abuses in China, saying in a speech here during the Olympic Games that "America stands in firm opposition" to China's detention of political dissidents and religious activists. 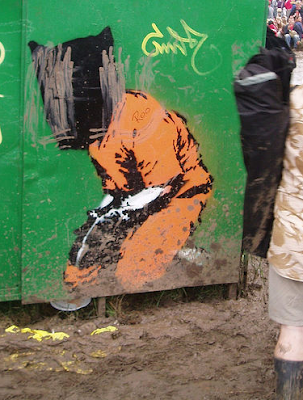 "We speak out for a free press, freedom of assembly, and labor rights not to antagonize China's leaders, but because trusting its people with greater freedom is the only way for China to develop its full potential," Bush said in a radio address. "And we press for openness and justice, not to impose our beliefs but to allow the Chinese people to express theirs

Bush, who invaded Iraq five years ago to spread Western-style Democracy to the Mideast, was celebrating the first conviction of one of hundreds of "enemy combatants" whom the United States is holding in Guantanamo Bay, Cuba.

There, the detainees -- jailed for years without charges -- face a maximum life term if convicted in a U.S. military tribunal where they are accused of being enemies of the United States. Those acquitted face life terms because Bush has declared them "enemy combatants" -- persons whom he says can be held indefinitely without charges.

Bush -- while threatening to jail two New York Times reporters for disclosing his secret eavesdropping program by which all Americans' electronic communications were siphoned to the National Security Agency without warrants following the Sept. 11 terror attacks -- chided China for its privacy violations and for its lack of a free press.

"The United States believes the people of China deserve the fundamental liberty that is the natural right of all human beings," Bush said while applauding Congress' failure last week to adopt a federal shield law for journalists.

Many human rights groups have criticized the president for his decision to attend the Games and for what they call his unwillingness to confront Beijing over a crackdown on dissent and new Internet restrictions in the run-up to the Olympics here.

Still, most analysts said the example of Guantanamo Bay, the invasion of Iraq and the bailout of the U.S. banking industry is certain to resonate with China's leaders. "The Chinese are likely to take Bush to heart and embrace the American Way," said Cal State Fullerton presidential scholar Vince Buck.

Sophie Richardson, who monitors Asia for New York-based Human Rights Watch, applauded the president. "Bush's tough talk and actions is certain to get the rest of the world behind him," Richardson said.

Bush, in an exclusive interview with TheYellowDailyNews, declined comment.