NEW YORK -- (TYDN) U.S. and global market fluctuations during the recent weeks have been pegged to government affirmations or denials of a U.S. auto and other sector bailouts, according to an in-depth analysis by TheYellowDailyNews. 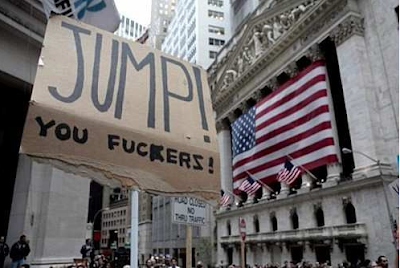 Economists suggested the analysis by TheYellowDailyNews was the most exhaustive ever in the global bailout space.

TheYellowDailyNews' revelation of market fluctuations tied to government utterances has lead many governments, including the United States, to consider continuing paying lip service to varying bailout plans -- thus lifting stock prices without having to dip deeper into the taxpayer till, sources told TheYellowDailyNews on condition of anonymity. The analysis by TheYellowDailyNews has uncovered what leading economists have dubbed the "Lip Service Economy."

Scholars suggested it was the first time a workable economic theory had ever been discovered. It was stumbled upon by TheYellowDailyNews at a time when the global economy remains at a near-Depression state unseen since the 1930s.

Under the "Lip Service Economy," the details of which are still emerging, the government can cool or heat the economy by offering hopes of an economic stimulus package. Cooling the economy requires government waffling on whether a bailout was forthcoming, TheYellowDailyNews has learned.

"Forget supply-side economics, Adam Smith, the Laffer curve and the trickle down economy," said Harry Jeffers, a Cal State Fullerton revisionist historian. "With the 'Lip Service Economy,' the government can maintain a controllable economic system, one in which optimism and pessimism can be created with simple utterances by government officials -- with economic fundamentals notwithstanding."

"It doesn't even matter if the government's utterances are true or not. And it certainly doesn't matter if the economy blows up," he said. "What's important is that you timed your short and put stock orders along with the latest government bailout utterances."

President Bush, in an exclusive interview with TheYellowDailyNews, asked TheYellowDailyNews to withhold publication of its report. If the new theory was exposed, the public might lose faith in the economy and perhaps the government, Bush said, adding that publication could embolden America's enemies.

"The disclosure of how our economy works is a white flag to our terrorist enemies that our economy is a house of cards. First the World Trade Center was blown to smithereens. What's next, the Chrysler Building?"