Long Island, N.Y. -- (TYDN) At least three were left dead and dozens injured when a crowd of mourners stampeded at a funeral here Sunday while paying last respects to a loved one, TheYellowDailyNews has learned. 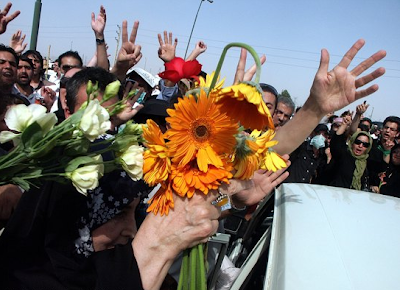 The carnage began when an estimated 200 mourners could not contain themselves when attending the funeral for 34-year-old Braden Morehouse, who was killed in an unrelated human stampede more than a week ago. With emotions boiling, the crowd rushed Morehouse's casket in what one witness described as "chaos." Along the way, the priest was trampled and listed in critical condition at a local hospital, sources said.

Analysts said it was the worst human stampede since Nov. 28, the day after Thanksgiving, when thousands of shoppers hurled themselves through a Wal-Mart front door here at 5 a.m., killing Wal-Mart employee Morehouse and injuring several others.

Witnesses at Morehouse's funeral, in exclusive interviews with TheYellowDailyNews, said everybody just "lost it" and rushed Braden's casket as they recollected his death. "The preacher was up there, talking about Braden. Everybody started crying and just rushed his casket," one mourner, who requested anonymity, told TheYellowDailyNews in an exclusive interview. "It was chaos. Everybody started screaming and bum-rushing Braden's body."

Several funeral stampede sources, who spoke to TheYellowDailyNews on condition of anonymity, said the crowed trampled the casket, and Morehouse's body fell from the coffin. Mourners, being pushed by a throng, eventually gave way and stampeded over the body again.

When it was over, when the dead and injured were cleared, survivors were left scratching their heads, wondering what had happened.

Edith Morehouse, who attended the funeral to mourn the loss of her son, was worried about the wake she was having at her Long Island house following the funeral. "Jesus Christ," she said in an exclusive interview with TheYellowDailyNews, "I hope I got enough coleslaw."