WASHINGTON -- (TYDN) President-elect Barack Obama's mother-in-law is scheduled to move to the White House here with the First Family on Jan. 20, when Obama assumes the presidency, TheYellowDailyNews has learned. 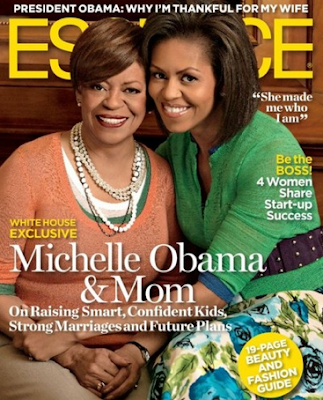 The revelation amounts to what legal scholars suggested was a looming domestic crisis -- an unprecedented constitutional showdown threatening to undermine the nation's checks and balances with the overnight creation of a fourth branch of government. Historians said the nation may drift into chaos as the executive, legislative and judicial branches confront an unprecedented stick thrown through their spokes.

"This new fourth branch, the so-called "you're-not-good-enough-for-my-daughter branch," is likely to turn government on its head, with the executive branch first to be thrown into turmoil," Cal State Fullerton revisionist historian Harry Jeffers said in an exclusive interview with TheYellowDailyNews. "This will resonate with the other branches, perhaps sending the nation into disarray."

Marian Robinson, the mother of First Lady-elect Michelle Obama, brings to the White House a keen sense of diplomacy. Experts said she has uncanny negotiation skills as well.

"She is known for getting people to take her position, to view it her way, without ever saying a word," Harvard University domestic affairs expert Dee Ranged said in an exclusive interview with TheYellowDailyNews. "She can get it done with just a look, a facial expression of sorts with the threat being implied and understood -- a pure diplomatic attache she is for sure."

Still, legal experts suggested the manner in which President Obama conducts himself the first 100 days of office -- during his presidential honeymoon -- is crucial to the nation's future.

"This may seem paradoxical, but a strong executive is what's needed here to keep the nation's checks and balances in check, especially with the sudden creation of a fourth branch of government," Yale University historian Dick Yolio told TheYellowDailyNews in an exclusive interview. "Only time will tell how this plays out. It's a powder keg nevertheless."