WASHINGTON -- (TYDN) The Federal Reserve is set to announce 2009 Christmas is moving to March as part of a sweeping economic stimulus package, TheYellowDailyNews has learned. 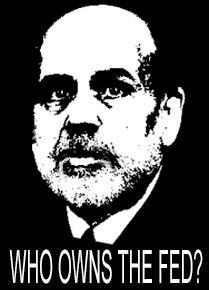 Fed sources, speaking on condition of anonymity, told TheYellowDailyNews that Fed Chairman Ben Bernanke is expected to make the announcement here perhaps as early as Friday. Economists said the plan was certain to undo the worst economic downturn since the Great Depression -- sparking an early resurgence in a wide range of products, from anti-depressants, electronics, liquor and lead-tainted toys.

Analysts noted that the Christmas season is the most lucrative for retailers. It spawns a frenzy of buying with borrowed money that isn't likely to be paid back for years, if ever, thus racking up huge interest debt and driving an economy accustomed to wanton materialism.

Futures on the New York Stock Exchange soared 3 percent when news of Bernanke's proposal was first reported on TheYellowDailyNews' website Thursday. Historians said it was the first time the Christmas season was moved in a bid to save U.S. capitalism.

"This is the most brilliant stimulus package the economy has ever seen," Cal State Fullerton revisionist historian Harry Jeffers said in an exclusive interview with TheYellowDailyNews. "Just think about how much money Americans will waste on unwanted and unnecessary gifts and toys. It's an economic boon."

The American Civil Liberties Union, however, was readying a legal challenge to the changeover, saying the government must also move Hanukkah, Kwanza and other holidays to prevent what some say could result in a "Santa Claus-based economy" in violation of the First Amendment.

"The thought that our economy can only be saved by feeding children with thoughts of a fat guy in a red coat climbing down millions of chimneys in one evening is preposterous," said Anthony Romero, the ACLU's executive director, in an exclusive interview with TheYellowDailyNews.

Some economists were concerned the Christmas changeover might not work as expected. Americans might salvage their Christmas tree they decorated during the regularly scheduled Christmas and reuse it in the March Christmas.

"The green revolution is taking over in the United States, and many families might see it as wasteful to kill two trees, instead of one, in such a short period of time," said Benjamin Green, a University of Oregon forester. "This uncertainty places trash haulers and landfill operators in an economic conundrum."

Fed insiders said Thanksgiving was also being considered to be moved to as early as the upcoming February. But the plan was ditched when meat plants said the growth hormones routinely injected in turkeys would not artificially fatten the animals in time.