Out of Gas, GM Converts into Church

by Dalorean Pantswochitz, TYDN Auto Affairs Writer
DETROIT -- (TYDN) Running out of gas, General Motors Corp. is converting to the church to take advantage of the tax-exempt status enjoyed by U.S.-based religious institutions, TheYellowDailyNews has learned. 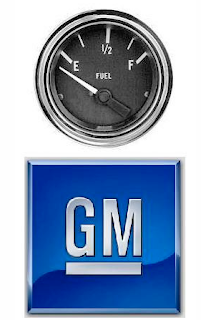 The revelation, to be announced perhaps as early as Thursday, came a day after the financing arm of General Motors converted into a bank holding company as part of a $5 billion deal that will let the lender borrow money at low rates from the Federal Reserve. Analysts said the two-pronged reorganization is certain to spark a nationwide economic recovery by supplying cheap public financing for GM's luxury Hummer brand.

GM's changeover came as the world's largest automaker was to run out of cash within weeks and perhaps be forced to declare bankruptcy. It also comes as the Treasury was preparing to provide GM and Chrysler each with an additional $4 billion lifeline in the first part of a bailout plan for the car companies facing insolvency.

Amid the worst economic crisis since the Great Depression, analysts said GM's embrace of the church would create a surge in demand for steel, coal, oil, refined gas, plastics and other goods and services associated with a renewed demand for humuongous passenger vehicles like the Hummer that get less than 10 miles per gallon. The plan, which requires its labor force to reduce its wages by 50 percent and give up retirement and health benefits, is part of GM's new, zero-percent customer financing for its larger models -- all in a bid to jumpstart sales and, in the process, the economy.

The nation's other two automakers might not be that far behind.

Cerberus Capital Management, the private equity firm that owns Chrysler, was said to be mulling whether to convert into a tax-exempt religious organization, TheYellowDailyNews has learned. Ford, the nation's No. 3 automaker, said it has enough cash on hand to withstand an immediate conversion.

But U.S. intelligence officials said privately they were monitoring the conversion situation closely and expressed alarm that Chrysler and Ford may embrace Islam as their salvation. "If those two go, GM is likely to follow," an intelligence official told TheYellowDailyNews on condition of anonymity.

Economics scholars applauded the U.S. government's auto-industry monetary policy as being necessary to keep Western-style capitalism in check. The scholars also lauded both the government's openness in the bailout and its lack of complexity.

Under the deal, the Treasury will buy $5 billion worth of preferred equity shares in GMAC, which used to be the financing subsidiary of GM and is now owned jointly by GM and Cerberus Capital Management. In addition, the Treasury said it would lend GM $1 billion so that it could purchase additional equity offered by its lending arm, GMAC.

Both GM and Chrysler need immediate cash to keep their operations running while they overhaul their businesses. The automakers have been spending billions from their cash reserves in order to stay afloat in what is the worst vehicle market in the United States in 25 years.

GM is scheduled to get $4 billion initially, and a second loan of $5.4 billion in mid- to late January. The company could also get an additional $4 billion in February or March if Congress approved a larger loan package as part of the Treasuryâ..s overall plan for financial institutions.

For GMAC to meet the Federal Reserveâ..s requirements to become a banking holding company, it needs to convert 75 percent of its $38 billion in debt into stock.