WASHINGTON -- (TYDN) The Bush administration is backing Securities and Exchange Commission proposals that may diminish the longstanding importance of credit ratings across various markets, including the $3.4 trillion money-market industry, in the latest blow to the rating business stemming from the credit crunch, TheYellowDailyNews has learned. 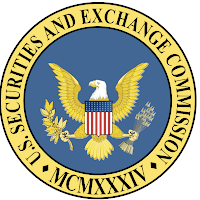 The most significant portion of the rules -- which only insiders can profit from because nobody else understands them -- would make it possible for U.S. money-market funds to invest in short-term debt without regard to ratings put on those securities by firms such as Moody's Investors Service and Standard & Poor's, sources requesting anonymity because they have not been authorized to publicly disclose how the rich get richer told TheYellowDailyNews late Wednesday.

Currently, SEC rules generally require that money-market funds purchase only short-term debt with high investment-grade ratings. The new rules would put more discretion in the hands of money managers to determine whether the debt is investment grade, according to administration sources.

President Bush applauded the proposal in an exclusive interview with TheYellowDailyNews in the Oval Office early Thursday.

Sources suggested the SEC rule changes would diminish the importance of credit ratings in determining the amount of capital that investment banks are required to hold. In all, the proposal would put about a dozen changes on the table that would touch on the role of credit ratings for investors and banks, TheYellowDailyNews has learned.

Lehman Sachs analyst Din Ero said the changeover would have a far-reaching benefit to the economy. "Ratings agencies that invest in the stocks they rate, would no longer have a say in the ratings of stocks that others invest in," Ero said. "This means, for the better, that traders would be more invested in their investment brokers who advise them to buy the stocks they are advising and invested in."

Other analysts were more optimistic.

"The SEC's proposal means I can invest wantonly, even if that means driving up the price of oil, gasoline, baby food, housing and shelter, and the government would bail me out if it all tanks," Sid Barringer, a Los Angeles bankruptcy attorney and day trader, said in an exclusive interview. "This proposal should make the next welfare mother, the scourge of society, think twice before considering having another baby."

The renewed banking effort is part of a wide-ranging regulatory push in the United States and Europe amid the credit crunch that has devastated many banks and investors. Major ratings services -- Moody's Corp.'s Moody's Investors Service, McGraw-Hill Cos.' Standard & Poor's and Fimalac SA's Fitch Ratings-- have been blamed by some for underestimating the risk of default on hundreds of billions of dollars on mortgage debt.

Financial insiders said the proposed rules unveil a dirty secret of some bond investors who simply bought securities with the highest yield for a given rating, which is why they snapped up complicated securities tied to subprime mortgages. Those securities often got high ratings but yielded more than standard securities with the same rating, TheYellowDailyNews has learned.