WASHINGTON -- (TYDN) The Bush administration is mulling lifting the ban of concealed weapons on U.S-based passenger air flights, a move government officials say would allow fliers to defend themselves from hijackings, rapes, robberies and other crimes running rampant in the sky and at airports, TheYellowDailyNews has learned. 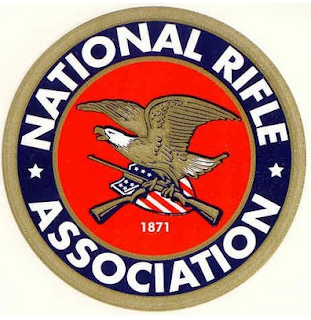 The proposed changes, which are being pushed by the National Rifle Association, follow the Interior Department's lifting of the ban on concealed weapons in National Parks. That plan is designed to allow vacationers to protect themselves from armed bears, packs of hostile wolves, non-Christians, minorities and gays and lesbians who may have wandered aimlessly into the nation's scenic treasures.

"Imagine stumbling into an inter-racial same-sex marriage, right there on a grassy knoll in a public, national park," NRA lobbyist Chris Cox said.

Three Bush administration officials, speaking on condition of anonymity because they have not been authorized to discuss the airline rule changes, told TheYellowDailyNews early Monday that allowing fliers to secretly arm themselves in airports and in the sky "is what the Second Amendment to the U.S Constitution stands for, and more than likely would have prevented 9-11."

"Terrorists, knowing that the person sitting next to them might be armed, would think twice before trying to dive-bomb the plane into buildings," one of the officials said.

"With every traveler already thinking everybody else is a terrorist and wanting to take down the plane or blow up the airport, adding concealed weapons to that mental mix is a dangerous elixir," said Franklin Dentin, president of Dentin Airport Security Systems, a contractor who has sold millions of manuals to the government with titles like "Strip Searching Made Easy" and "The Need for Cavity Searches in the Richard Reid Aftermath."

Administration officials said they were tallying campaign contributions, kickbacks and bribes from both sides of the debate. The Federal Registrar defines concealed weapons as "any weapon that is concealed."

Bush administration officials are expected to publicize the proposal in the coming days as they finalize the plan and weigh whether to open the door to concealed weapons for every airline passenger.

Some officials favor opening it to all, even to under-aged and mentally ill fliers, a move that insiders say would send the strongest message to potential terrorists and airport rogues.

Other officials suggest that the right to carry concealed weapons on flights should be granted only to those who have donated at least $1,000 to the Republican Party or the NRA. Donations would be accepted at airport security checkpoints.

Many administration officials, however, were lining up against allowing concealed weapons for passengers with one-way tickets or those with shampoo, suntan lotion or bottled water in their carry-on bags.