WASHINGTON -- (TYDN) Federal authorities are investigating the presidential campaigns of Sen. Barack Obama and Sen. John McCain on allegations of participating in a far-reaching election scandal, TheYellowDailyNews has learned. 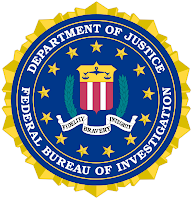 At least six sources within the Federal Bureau of Investigation told TheYellowDailyNews early Friday that the ongoing probe, less than three weeks from the 2008 general election, concerns a series of allegedly false statements the candidates have repeatedly uttered to voters.

The wide-ranging FBI inquiry marks the first time in U.S. electoral history that presidential candidates have caught the eye of federal authorities for their alleged misstatements, half-truths and outright lies. The probe's outcome, not expected for at least 18 months, is seen as having broad implications for McCain or Obama in the 2012 presidential elections.

"We're reviewing transcripts of the political conventions, footage of their campaign stops and combing through press clippings to determine if a fraud on the electorate is being committed," said one FBI source with knowledge of the investigation, who spoke on condition of anonymity. "While the probe is in its early stages, it's beginning to look like voters are being defrauded at an unprecedented level."

"There is no basis in reality for this probe, at least insofar as McCain is concerned," said a McCain operative, who requested anonymity because the McCain campaign did not authorize him to speak. "How can you question that we're for winning the Iraq war, that McCain opposes taxes, that he's for housing, a sound economy, and a strong national defense and for protecting the homeland, environment and so forth?"

"The only voter defrauder in this campaign is McCain," the Obama operative said in an exclusive interview with TheYellowDailyNews. "How can you question that we're for winning the Iraq war, that Obama opposes taxes, that he's for housing, a sound economy, and a strong national defense and for protecting the homeland, environment and so forth?"

Voter rights groups, whose members are frantically fighting for their economic survival, could not be immediately reached to comment on TheYellowDailyNews' revelation of the FBI's presidential fraud examination.