CAMARILLO, Calif. -- (TYDN) The smoke rings hovered from David Smith's yellowing mouth, growing in diameter before crumbling and disappearing into the pocked ceiling at the American Legion outpost here. 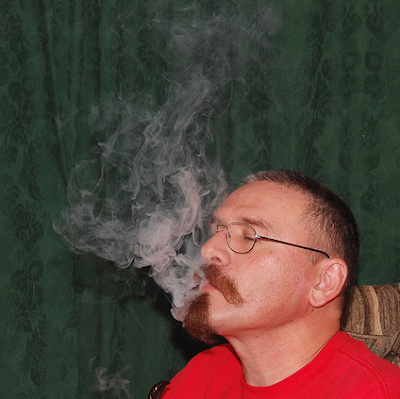 Smith, 55, takes another drag from his pipe and washes it down with a flat Pabst Blue Ribbon. The smoke rings floated again, a scene that has repeated itself here for decades following the U.S. Army enlistee's loss of both legs fighting the communist aggression in Vietnam.

Smith is one of dozens of disenchanted veterans at American Legion Post 741 here in this Southern California bedroom community. Along with thousands of veterans across America, they are readying to take up arms again to fight for their country.

This time, they say, the scourge of communism is homegrown. It started with the U.S. government's decision to spend more than $700 billion of taxpayer money to nationalize the federal banking system.

"What's next? Are they going to take over the hospitals, the mines and the oil fields?" asked Smith as he clenched his assault rifle and readied to wage guerilla warfare once again, this time from a wheelchair. "I killed men, women and children to keep communism from America. I lost my legs, family and house -- all for what?"

The Vietnam veterans -- many wearing their combat fatigues and others daydreaming of lives they never had -- said they could muster from within the compassion to forgive the blank stares they received when they came home some 40 years ago. They lived through the taunts of derelicts who did not understand their love of America, their sacrifices to keep the scourge that is communism from spilling across the globe and onto U.S. soil.

"Look at me. Where are my legs?" Smith screamed, his stumps still oozing from his 15th operation a month ago. "I was the homecoming king of my high school. After my legs blew off in the jungle, my wife left me for a draft dodger."

But these veterans in this Southern California outpost seemed more emboldened than ever. They've lived through the divorces, the delusions, the drug addictions, the phantom pains, the homelessness and the drunkenness.

The new enemy -- the U.S. government -- was within their borders. Those needing to be saved from the latest communist incursion are their neighbors, friends, family and, most of all, their fellow Americans -- even those Americans from the heartland whom do not understand that freedom is not free, that it takes sacrifices by the brave and those willing to kill.

Smith's shaking hands helped himself draw another puff from the cigarette that eventually burned his scarred forefingers. The bartender, a fellow Vietnam veteran who was lucky to have only lost one of his legs, poured him another Pabst.

"You aren't one of them pinko reporters like them commie federal government officials, are you?" the bartender demanded.

After a moment's discussion, the dozens of veterans here drifted behind a wood-paneled exit and underneath a wrinkled photograph of George W. Bush posing with Old Glory. Around the corner was a musty, smoke-filled stockroom filled with explosives and armaments.

The sour taste of their past began to fade. The caffeinated sweetness of renewed battle with the communists began to course threw their veins once more.

After all, they are freedom fighters. They are U.S. soldiers.