NEW YORK -- (TYDN) In two weeks, millions of Americans will line up outside polling booths to cast a ballot for U.S. president. 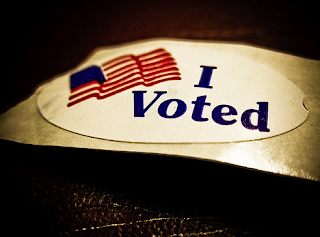 Afterward, many of those voters will show up to their jobs adorning stickers displaying, "I voted." The stickers, however, should say, "I'm a loser."

There are several reasons why voters are losers and non-voters are not. Among them, those that don't vote get huge bragging rights to complain when the elected leader screws up.

No matter which candidate wins, the tens of millions of loser-voters bought into the false promises that the winning candidate would bring change, and would be different from his opponent and successor.

Another plus of not being a voter is you don't have to worry about embarrassing moments like outing yourself as a loser if you're spotted by friends or neighbors at the local polling station.

And then there's the loser-voters whom think his or hers vote is actually counted. As allegations of voter fraud are certain to be made Election Day, those that don't vote are comfortable knowing that their non-vote is certain not to be counted.

But there's millions upon millions of loser-voters whom will be confronted with the nightmarish and psychological unease of wondering whether their vote was counted, or whether it was at the bottom of the Hudson River.

And even if ballots are recovered from the Hudson River, it's likely that it won't matter -- even if they're counted. When President Bush beat Al Gore in 2000, for example, the losing candidate had received 543,816 more popular votes than did the winner.

On Election Day, TheYellowDailyNews recommends don't be a loser.