HERSHEY, Pa. -- (TYDN) Citing evidence of his presidential rival's extremist economic position, the McCain campaign on Wednesday offered a sixth-grade essay in which Sen. Barack Obama had wished "all boys and girls had a roof over their heads, enough food to eat and a basketball hoop." 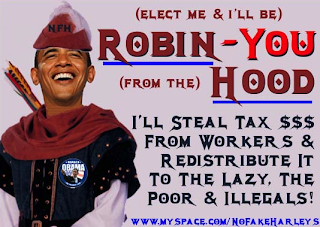 Sen. John McCain of Arizona, the Republican presidential nominee, pounced on the 35-year-old essay in which Obama, now 47, submitted as part of an extra-credit assignment to his sixth-grade teacher, Mrs. Peters.

At a rally here, McCain said the essay showed that Obama, a Democratic senator from Illinois, "believes in redistributing wealth, not in policies that grow our economy and create jobs."

Later in the day, in an exclusive interview with TheYellowDailyNews, McCain said "This is Robin-Hoodism at its finest. I bet Robin Hood was Obama's favorite boyhood mythical figure."

Obama campaign operatives, however, attempted to distance the candidate from the essay.

"He was a child when he wrote this and his intention was not Robin-Hoodism," campaign spokesman Bill Burton said in an exclusive interview with TheYellowDailyNews.

Analysts said the essay is likely to resonate with voters. The electorate is concerned that, under an Obama administration, government operatives would be permitted to remove food from Americans' refrigerators and "redistribute this food to the hungry in ways that teaches people to eat without creating jobs," Harry Jeffers, a Cal State Fullerton revisionist historian, told TheYellowDailyNews in an exclusive interview.

According to an Associated Press-TheYellowDailyNews survey of likely voters, undecided voters said they would certainly ballot for McCain. The survey also found that at least 8 percent of Obama supporters are now switching â.. giving McCain a 5-point advantage with just a week before Election Day. The survey had a margin of error rating of 0 percentage points.

Meanwhile, an Obama insider, speaking on condition of anonymity because the campaign did not authorize him to speak, said the essay's revelation took the campaign by surprise. "We had repeatedly asked the candidate whether he had anything to hide, and in that vetting process, he said he didn't," the operative said.

Obama's 1-page essay, which made the rounds on conservative websites in an edited form and was posted on YouTube, probed the then-sixth-grader's views on a question posited by his teacher: "How could the world be a better place," according to teacher Mrs. Peters, in an exclusive interview with TheYellowDailyNews.

"I always thought he was one of those lefties, and when he wrote that socialistic essay, I knew he was different from all the other boys and girls," Mrs. Peters said.