NEW YORK -- (TYDN) The Associated Press, the world's oldest and largest newsgathering organization, is set to layoff hundreds of writers as it officially moves to entertainment-only coverage, TheYellowDailyNews has learned. 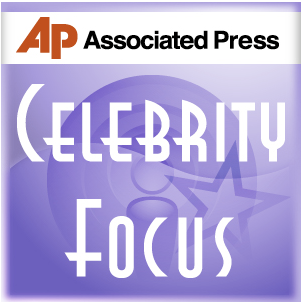 The move, which also includes reassigning hundreds of political, sports, business, science, legal, farming, international, national, local and technology writers, is to be announced Friday by Tom Curley, AP's president, according to two AP executives who spoke on condition of anonymity because they have not been authorized to disclose details of the makeover.

"We have unofficially been gearing our coverage toward an entertainment-only approach, and now it's official," one of the executives told TYDN in telephone interview from the 158-year-old news cooperative's headquarters here. "Would you rather see and read about Paris Hilton and her escapades or the cyclone in Burma that just killed tens of thousands of people? Our readers have spoken."

The reorganization comes at a time when the American media is reassessing itself as it loses readers and advertisers to the Internet -- an economic reality that news executives said they never envisioned. As a result, and under intense pressure from shareholders, the media has let go of thousands of reporters.

The shrinking of the media has prompted newsrooms big and small to bolster their entertainment coverage to attract advertisers and readers while also forcing them to rely more heavily on Associated Press news feeds.

"These are dark times for the American public. We're in a constant war on terrorism, the economy is tanking and people are losing their homes while the price of food is skyrocketing," the AP executive said. "Nobody wants to read about that. It's like weather coverage, people can figure out it's raining without us telling them."

The Associated Press is owned by the media at large and is a non-profit cooperative whose board room is filled with executives from across the media's landscape. Its media members pay fees according to their subscription size and other metrics, including broadcast reach and level of service. Its members are free to publish or broadcast AP's feeds, use them as a tip sheet or, as is often the case, plagiarize from them.

Reaction to the change inside the AP was mixed.

One White House correspondent said she would take the AP's buyout offer -- a generous one by industry standards equaling two hours of pay for every year of service -- rather than move to Los Angeles and head the Britney Spears team of 50 photographers, 25 reporters and 250 editors. Other AP newsmen and newswomen said the change would likely help them break out of the doldrums of rewriting press releases under intense deadline pressure.

Telephone lines were disconnected at several small and medium-sized papers from which TheYellowDailyNews was seeking comment.

A spokesman for the Los Angeles Times, which is in Hollywood's backyard, declined comment, saying "We haven't been a newspaper since we were bought and sold two times ago." At USA Today, industry analysts said, coverage was already too thin to notice the AP's change.

The AP's changeover could be a blessing at The New York Times. The newspaper was considering moving to an all-entertainment format if a Democrat wins the presidency this November, sources said.

"If a Republican wins, we probably won't move to that format for probably four or eight years," according to one well-placed executive who spoke on condition of anonymity because of the sensitivity of the topic.

And at the Wall Street Journal, which was just acquired by News Corp., most of its reporters have already been let go in exchange for typesetters regurgitating stock market indexes.

"Since the journal has stopped reporting on corporate graft and malfeasance, we're seeing the market begin to slightly improve," said Jordan Rastweiller, a Harvard economics professor. "No news is good news."